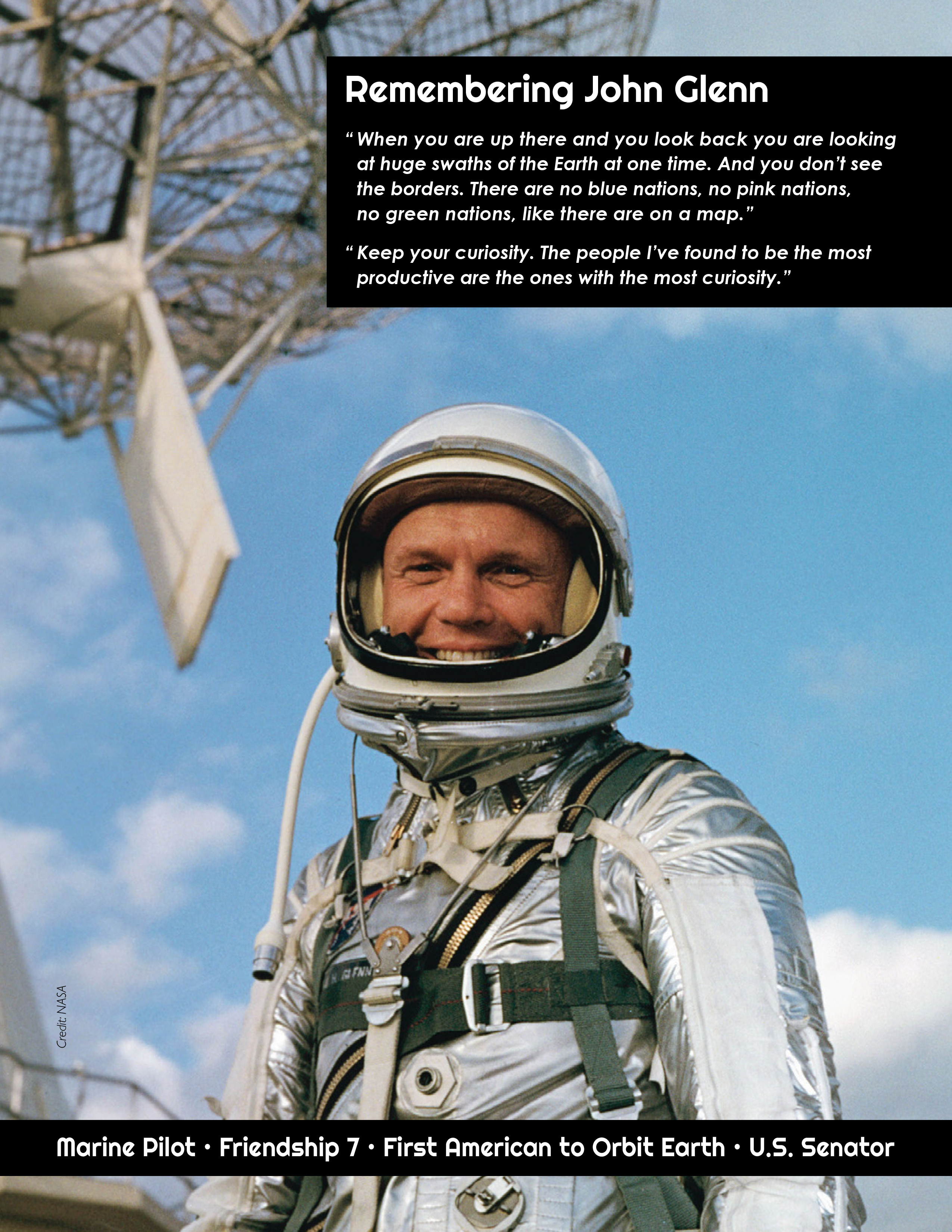 John Glenn passed away in Columbus, Ohio, on December 8, 2016. He was the last surviving member of the Mercury Seven – the first ever group of astronauts NASA picked in 1958. Glenn was the first American to orbit Earth. He also served as a U.S. senator for 25 years. In 1998, he flew aboard Space Shuttle Discovery for a nine-day mission and became the oldest person to fly in space.

For the inaugural issue of RocketSTEM, we covered the Pioneers of Space event at the National Naval Aviation Museum in Pensacola, Florida. Glenn was one of the many astronauts that participated in the December 2012 event. The quotes included in the image were spoken by him at that event and featured in that issue.

When you are up there and you look back, you are looking at huge swaths of the Earth at one time. And you don’t see the borders. There are no blue nations, no pink nations, no green nations, like there are on a map.

Keep your curiosity. The people I’ve found to be the most productive are the ones with the most curiosity.

ITS: SpaceX’s bold vision for crewed exploration of the solar system