If all goes as planned, on March 27th, a Soyuz rocket carrying the expedition 42 crew consisting of Russian cosmonaut Gennady Padalka, NASA astronaut Scott Kelly, and Russian cosmonaut Mikhail Kornienko will launch on a six-hour flight to dock with the International Space Station. The launch will begin a one-year mission for Kelly and Kornienko aboard the station, the first time anyone has stayed in space for a year or more, since the last cosmonaut flew that long ending in 1999.

Kelly and Kornienko will become only the fifth and sixth human being to spend that long in microgravity, and Kelly will be the first NASA astronaut to stay in space continuously for longer than six months.

For Kornienko, this will be his second spaceflight. He resided on the station once before from April 2, 2010 to September 25, 2010 as an ISS-23 flight engineer with cosmonaut A. Skvortsov and astronaut Tracy Caldwell-Dyson (NASA).  He also performed a spacewalk that lasted for 6 hours and 43 minutes.

Kelly will be making his fourth spaceflight having flown his first mission in December of 1999 as pilot of Space Shuttle Discovery on the STS-103 mission. The mission was the third Hubble Space telescope servicing mission and restored the telescope to full working order once again. He flew again in August of 2007 on the STS-118 mission to continue the assembly of the International space Station. He served as Commander of the mission and it successfully delivered the third starboard Truss segment. His third spaceflight was a six month stay aboard the International Space Station where he assumed command of the station on Expedition 26.

Scott Kelly also comes with an additional benefit, a twin brother, former Astronaut Mark Kelly, will be back on Earth and any changes that happen to Scott can be checked against Mark. This means that Mark will not be a typical research control subject, since his environment and living habits will not mimic those of Scott’s on the space station. So the research is considered observational in nature. There are no defined outcomes for the investigations; instead, this is a chance to compare data collected from genetically similar astronauts to observe the human effects of spaceflight.

In a news conference on Dec 18, 2014 you could tell Scott was excited about his upcoming mission, “What makes this exciting for me, this one-year flight is about the science and everything we’re going to learn from expanding the envelope on the space station greater than what we’ve currently done. If we’re ever going to go to Mars someday, the International Space Station is really a great platform to learn much more about having people live and work in space for longer durations.”

The main purpose of the one year mission is to help us better understand the medical, psychological and biomedical challenges explorers may face on an extended stay mission. As previously mentioned, they will not be the first humans to stay in space for this long of duration, however medical and technological advances will allow better understanding of the changes Kelly and Kornienko experience over the longer duration mission.

With six month missions aboard the ISS being almost routine since 1998, scientists have acquired enough data to begin to characterize the effects of six-month sojourns in weightlessness on astronauts’ bodies. Hopefully the one-year mission will show if the trends continue at the previous rates or if they decrease or increase, requiring new or modified ways to counteract them. This will help NASA prepare the spacecraft, equipment, and the explorers themselves as they venture to an asteroid, Mars and beyond. 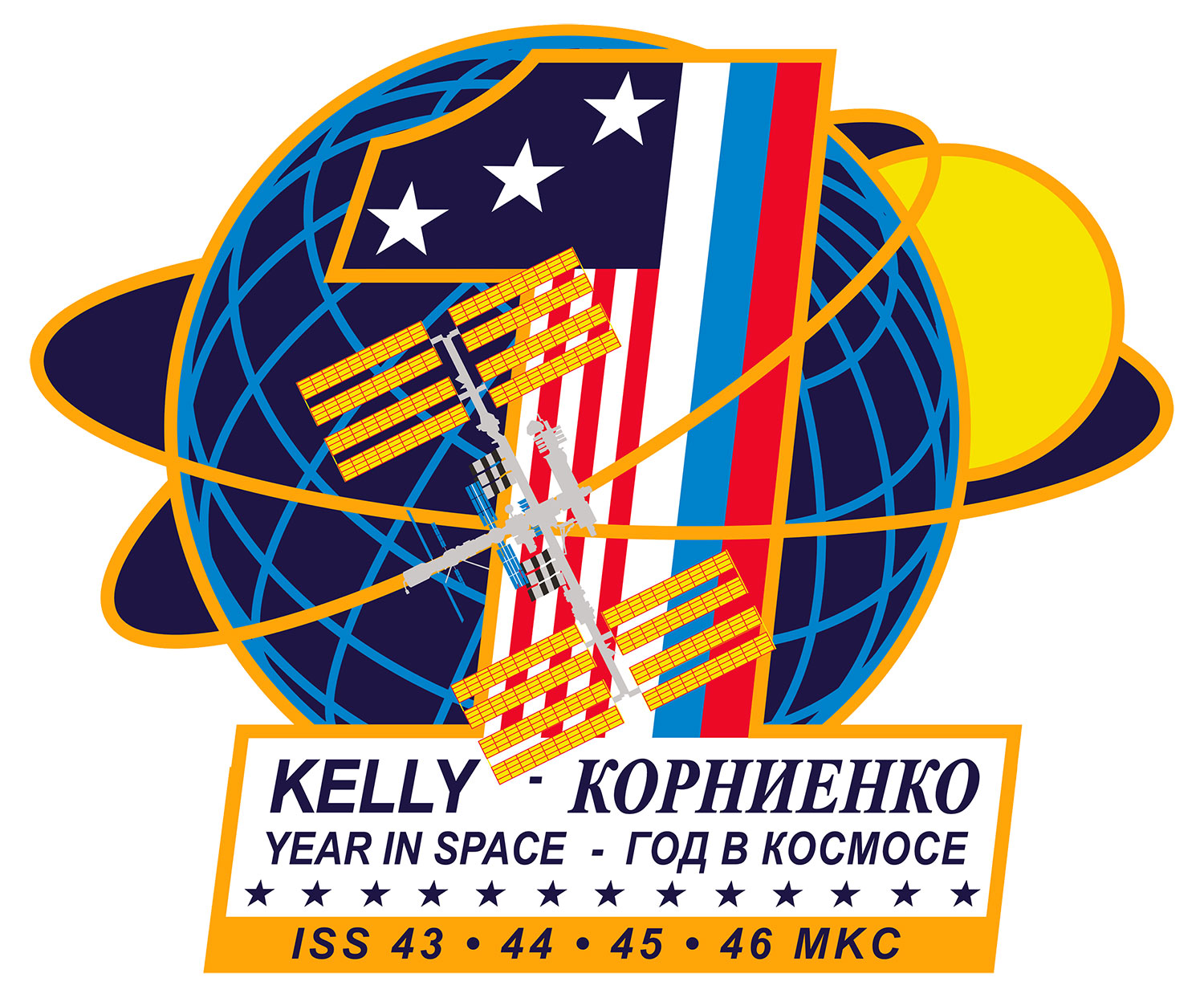 Some of the things the researchers will be looking at are :

As always, there are other things to be done on the station during their mission other than biomedical research. But they’ll be there in a very exciting time for the station. Two new docking adapters will be installed on two U.S. ports to accommodate the upcoming commercial crew spacecraft currently being designed and built by Boeing and SpaceX to bring astronauts to the ISS using American launch vehicles. This includes moving one of the ISS storage modules using the stations robotic arm to a new location. Currently there are at least six U.S. spacewalks planned including at least three by Kelly to support all the changes.

With their third crew member, cosmonaut Gennady Padalka, only staying for six months, and the fact that the Soyuz spacecraft are only allowed to stay in orbit for six months, some creativity was required to make sure Padalka returned home before the other two, and that there was a “fresh” spacecraft for the Year Long duo to return to mother Earth in.

In steps singer Sarah Brightman, the first “space tourist” paying for a ticket to visit the station since 2009. She will launch on September 1st along with ESA astronaut Andreas Mogensen and spacecraft commander Sergei Volkov aboard the Soyus TMA-18M spacecraft. Upon docking the trio will boost the stations occupant count to nine. This will last for just 10 days however as Brightman and Mogensen will return to Earth with Padalka in the TMA-16M spacecraft that he launched in with Kelly and Kornienko six months earlier. This will leave the TMA-18M spacecraft in place and Volkov will be the spacecraft commander when he returns to earth with Kelly and Kornienko on March 3, 2016. The mission will have lasted 341 days if the launch and landing dates do not change.

Learn more about the one-year mission at: http://www.nasa.gov/content/one-year-crew/.

Follow the latest happenings on the ISS at: http://www.nasa.gov/mission_pages/station/main/#.VLkZOyvF_uQ.