Mars has garnered a bunch of headlines recently with the arrival of the first probes from the United Arab Emirates and China in orbit around the planet, along with the arrival of NASA’s Perseverance rover mere days later. It also was a hot topic previously when NASA revealed it had discovered water on the Red Planet. And it lingered in the public mind after the release of the 2015 sci-fi blockbuster The Martian starring Matt Damon.

The Andy Weir novel on which the new sci-fi movie The Martian is based was lauded for its scientific accuracy. And expert reviews quickly appeared to explain what’s science fact and what’s still science fiction in the film.

Both the book and the film cover broad scientific ground, dealing with aspects of botany, chemistry, physics, geology, and engineering. But other than some quick self-surgery at the start, the medical aspects of survival on Mars and the long trip to and from the red planet are not touched on.

The human body didn’t evolve to deal with the unique conditions of space travel. Astronauts experience a wide range of health problems, including short-term ones, such as stress on the body due to the high g-forces of launches, and motion sickness as they adapt to the weightless environment.

The International Space Station has given us an enormous amount of information on the long-term health effects of space. Astronauts who spend significant amounts of time in space experience loss of bone density, and a weakening of the muscles, due to the lack of gravity and the exertion it places on the body.

The lack of regular days and nights can also make it difficult for astronauts to sleep. And, more recently, we have found that long-term space flight also causes significant cardiovascular problems. Astronauts experience slower and less regular beats of their heart as it fights to push blood around the body in zero gravity.

The World Health Organization maintains a model list of essential medicines that it says are needed for basic health care. But there are more than 380 drugs on the combined core and complementary list, and it would be impractical to take all of them into space, especially as most of them wouldn’t be needed.

While there’s a chance astronauts could develop cancer when in space, for instance, the risk isn’t high enough to justify the cost of including chemotherapy drugs. Taking vaccines along may also not be worthwhile, especially, as astronauts are unlikely to pick up new infectious diseases in space.

As we’ve learnt more about space flight, the number and types of medications available to astronauts has changed. In the first space missions of the Mercury program, for instance, each astronaut had just three medicines available. They were tigan, a drug that treats nausea and vomiting due to motion sickness; demerol for treating pain and, the stimulant dextroamphetamine to help keep them alert and awake.

Nowadays, astronauts can spend up to six months aboard the International Space Station (ISS), so they need well-supplied medicine kits as well as access to advanced medical diagnostic and emergency resuscitation equipment. The ISS has two medicines kits, one for the Russians and one for the US astronauts, which reportedly contains 190 different medicines.

In many ways, the ISS has prepared us for human expeditions to Mars as the health effects of spending time there and medical emergencies that arise are likely to be similar. But there are also some important differences.

In emergency medical situations, astronauts on the ISS can return to Earth relatively quickly. But this would be impossible for a trip to Mars so medication to cover all eventualities has to be taken along.

The ISS can also be resupplied at regular intervals so large stockpiles of medicines are unnecessary. In contrast, a human expedition to Mars may last a year or more, so the astronauts will need to take all their necessary medications with them. The types of medicines needed can be divided into two categories: those for medical emergencies and those for the health effects of long-term space flight.

Possible medical conditions and emergencies the astronauts may face, and the medications they will need include:

The shelf life of medicines can vary greatly from drug to drug and can be affected by a variety of environmental factors such as temperature, exposure to radiation and even the amount of water in the air, or humidity. Too much or too little of these can affect medicines and render them ineffective, or worse, toxic.

Research shows medicines can also act differently under space conditions. A 2009 study showed when paracetamol was taken under microgravity conditions, drug absorption was much slower than on Earth but the amount of it that got into the bloodstream increased. This raises questions about how to calculate the correct dose to give astronauts in space to avoid both under-treating and overdoses.

This means we need to study, in detail, the effects of all medicines that astronauts will take with them before they can be placed in the medical kits for a mission to Mars. Any drug that doesn’t perform as expected is likely to be ineffective and put the astronaut’s life at risk. It will either need to be reformulated or substituted for another medicine.

A human expedition to Mars will always have inherent risks, including the physical toll it takes on the human body. Thanks to decades of space flight, we now better understand these effects and can make appropriate plans for the types and amounts of medicines needed.

Next Perseverance beams back incredible video of landing on Mars 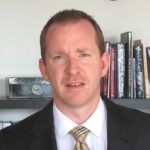 Associate Professor Wheate completed a Bachelor of Science (BSc) degree with 1st class honours from the University of New South Wales whilst at the Australian Defence Force Academy. He then completed a Doctor of Philosophy (PhD) in medicinal chemistry under Professor J. Grant Collins. Since then he has worked in the School of Biomedical and Health Sciences at the University of Western Sydney (Australia) and the Strathclyde Institute of Pharmacy and Biomedical Science (Scotland) before taking up a position in the Faculty of Pharmacy at the University of Sydney (Australia) in 2012.

In 2020, Associate Professor Wheate was awarded a Doctor of Science (DSc) from the University of Sydney.

Associate Professor Wheate is currently the Program Director of the pharmacy undergraduate degrees at The University of Sydney and was previously the Head of Cancer Research in the Faculty of Pharmacy.