Briony Horgan grew up in Portland, Oregon, where, enjoying the mountains and volcanoes that surrounded the region, she developed a love of geology. A long-standing interest in space made Horgan realize she wasn’t confined to study rocks simply on Earth.

Horgan, now an associate professor of planetary science at Purdue, soon will have an opportunity to let her imagination dive into the geology of Mars as part of the NASA Mars rover Perseverance mission, which is expected to touch down on Mars at approximately 3:30 p.m. EST on Feb. 18. It launched on July 30 from Florida’s Cape Canaveral Air Force Station.

The Mars Perseverance Rover has flown nearly 300 million miles, but the seven minutes spent waiting to receive a radio signal confirming the rover has landed will seem like an eternity for scientists and researchers back on Earth.

That wait is dubbed the “seven minutes of terror” and Briony Horgan, Purdue University associate professor of planetary science, calls it the scariest moment of the mission.

“The rover descends in a plasma fireball through the Mars atmosphere and has to slow down from about 12,000 miles per hour to zero in about seven minutes, so it is a pretty scary endeavor,” said Horgan, who has played a key role in the mission, including leading research on the geology of the landing site. (Horgan talks about the seven minutes of terror.)

The rover will land in Jezero Crater, just north of the planet’s equator. The site used to be a lake and large river delta on the planet. She has played a key role in the mission, including leading mineralogy research. Her team came up with an important finding on the location that contributed to Jezero Crater’s selection, and she helped design the camera that will be the scientific eyes for Perseverance.

Horgan’s research and a presentation led NASA to select the rover landing site.

“Geology was something I absolutely loved because it explains how the world around us came to be over millions and billions of years,” Horgan said. “Doing that in space is even more interesting because the time scales are even more crazy. On Mars, we’re talking about 4 billion years of evolution that produced the rocks we see.”

It was the 2003 landing of the Mars rover Spirit that has driven Horgan’s imagination and her career for the last 17 years.

“Seeing those images come back from the surface was absolutely incredible, and that’s what inspired me to pursue planetary science,” she said.

Horgan said she loves being able to get into a plane and look down at the Earth and know how a mountain range formed over millions of years, given her studies in geology. But she admits February’s landing of the latest Mars rover will take her imagination to new heights.

“The place we’re going on Mars, no human eyes have ever seen before,” she said. “I can’t wait to get onto the surface of the planet and see a new place for the first time through the eyes of the rover.

“It is going to be absolutely inspiring,” Horgan said. “We’ll be the first humans to see this place on Mars, the first to try to understand what is it telling us about Mars.”

Next NASA prepares for Seven Minutes of Terror; UAE and China also enroute to Mars 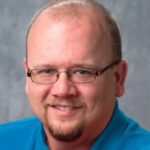