We’ve learned a lot about the effects on the human body of going into space by studying astronauts such as British astronaut Tim Peake, who spent six months aboard the International Space Station during 2015 and 2016. Muscles wither, bones become lighter just as they do during the process of ageing and the cardiovascular system and vision are affected – all from the human body’s lack of adaptation to microgravity. No wonder: we have evolved over millions of years on Earth with its comforting gravitational pull. But what effects does microgravity in space have on sleeping humans?

Life on Earth has evolved to adapt to the 24-hour cycle of light and dark that stems from the planet’s rotation. From fruit flies to human beings, many organisms spend a significant amount of time resting or asleep. This urge to sleep is determined by the build-up of tiredness and our internal body clock that tells us when it’s the right biological time to sleep. This process is regulated by the complex interaction of many factors such as light, temperature, posture, and feeding. So we tend to sleep when it’s dark, we lie down when we sleep, we don’t eat when we should sleep, and our body temperature drops to a minimum while asleep.

But for astronauts, these factors are disrupted during long-term spaceflight. The low gravity is one major difference: lying down no longer makes any sense, for example, as there is no “down”. Our normal sleeping patterns are disrupted by the lack of feedback from our body’s posture during cycles of rest and activity. In fact, astronauts have to take steps to ensure they don’t float around while sleeping in space – they tie themselves into sleeping bags. In order to sleep well, our core body temperature needs to cool. This process is also influenced by body posture and flow of blood around the limbs, which is also affected by low gravity and the absence of “lying down”.

The absence of day and night is another major factor in space. Astronauts on the International Space Station orbit every 90 minutes, so the experience of cycles of light and dark is totally different to that on Earth. Light is the main synchronising cue for our internal body clock, and light also suppresses the sleep-promoting hormone melatonin. So exposure to – or absence of – light at inappropriate times disrupts our bodies’ circadian rhythms and makes it difficult to sleep. The effect is the same with jet lag or shift work.

Not only this, but spacecraft are noisy, with noise levels of 65dB – somewhere between an air conditioner and a dishwasher – reported in the space station’s sleeping quarters. Good ventilation is vital, otherwise, astronauts can suffer oxygen deprivation as a cloud of their own carbon dioxide breath forms around them while they sleep. And of course, given the opportunity that only a handful of humans ever have to look out over beautiful views of the planet, it’s not surprising that astronauts may stay up late to enjoy the scenery. But they still have to get up to work the next day.

Is it little wonder then that most astronauts complain of problems sleeping while in space. A study in The Lancet of 85 Space Shuttle or ISS astronauts reported average sleep of only six hours, with crew using sleep-promoting hypnotics during more than half of nights spent on the shuttle and in 11% of those on the ISS. Assessments of sleep in space through recording brain waves, eye movements and muscle tone, have shown less and poorer-quality sleep compared to on Earth.

The Science of Sleep and Daily Rhythms Teacher’s Guide

BioEd Online, a repository of science teacher resources from Baylor College of Medicine, has made available a lesson on the science of sleeping in space. The material is designed for students in grades 6-8 and can be taught in about 45 minutes. The lesson plan and student pages may be freely downloaded and utilized by school teachers and homeschoolers.

As we venture further from Earth we must learn more about the effects of spaceflight in order to prepare astronauts for their pioneering journeys. One approach is to simulate spaceflight on Earth. With the European Space Agency and the UK Biotechnology and Biological Sciences Research Council, we are running studies in which participants spend 60 days in a bed tilted head-down to simulate microgravity to observe what disturbances their bodies experience and to better understand the underlying mechanisms so as to develop countermeasures to them.

It’s interesting that many of the effects astronauts experience are also part of the body’s normal ageing process, which means these studies could also give us insight into our ageing populations.

Are there any positive aspects to sleep in space? Well, astronauts snore less and have less sleep-disordered breathing in space because the low gravity prevents the airway narrowing or collapsing. And when back on terra firma, astronauts experience more REM sleep, in which we dream the most. We bid Tim Peake good night and sweet dreams – of being back in space, no doubt.

This article, co-authored by Simon Archer, Head of Biochemical Sciences, Reader in Molecular Biology of Sleep, University of Surrey and Derk-Jan Dijk, Professor of sleep and physiology, director of Surrey Sleep Research Centre, University of Surrey, is republished from The Conversation under a Creative Commons license. 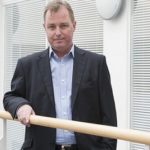