Beginning with French astronomer Charles Messier and his contemporaries in the mid- to late 18th Century, the vast majority of comets were discovered visually by amateur astronomers who regularly swept the skies looking for these objects. While this means of comet discovery began to be supplanted by photographic patrol programs in the early 20th Century, the visual hunters continued to Anhold their own for the next several decades. It was only when the CCD-based survey programs, which cover the sky extensively every month and are able to detect incoming comets when they are still too faint to be detected visually, became operational near the end of the 20th Century that visual comet discoveries essentially became a lost art. Only a handful of such discoveries have been made since the beginning of the 21st Century.

One of the most successful comet hunters of recent times is American amateur astronomer Don Machholz, a long-time resident of California who resided near San Jose and then relocated to Colfax (near Sacramento) in the early 1990s. Don, whom I have known personally for many years and consider a good friend, began his comet-hunting efforts at the beginning of 1975. If there is any one characteristic that embodies a successful comet hunter, it is perseverance, and Don truly exemplifies this: while the conventional wisdom is that a comet is discovered, on average, after 200 to 300 hours of searching, Don put in 1700 hours before making his first discovery in September 1978.

As of now Don has discovered a total of 12 comets. Most of these have been rather nondescript objects, however, two of them are short-period comets that have turned out to be quite interesting: 96P/Macholz 1 (discovered in May 1986) has a very small perihelion distance (0.13 AU) and appears to be related to several inner-solar system phenomena including meteor showers and groups of small comets that have been detected by the SOlar and Heliospheric Observatory (SOHO) spacecraft; and 141P/Machholz 2 (discovered in August 1994) has been accompanied on some of its returns by various “companion” comets that have apparently come about as a result of fragmenting of its nucleus. This latter comet returns to perihelion, under relatively favorable viewing conditions, late this year.

Don discovered his 10th comet, and what would be his best one, on the morning of August 27, 2004, a discovery that took place almost ten years after his previous one and which, remarkably, took place in the teeth of the comprehensive surveys that were already operating. The comet was around 11th magnitude when discovered, but brightened steadily over the coming weeks as it approached the sun and Earth, and by the latter part of November had become visible to the unaided eye from dark rural sites.

Comet Machholz was at its best in early January 2005, when it passed 0.35 AU from Earth on the 5th and passed two degrees west of the Pleiades star cluster (M45) – going from south to north – just a couple of days later. At that time the comet was slightly brighter than 4th magnitude and exhibited a coma half a degree in diameter; it also exhibited a faint ion tail up to two degrees long (visually) and a fainter, shorter dust tail. 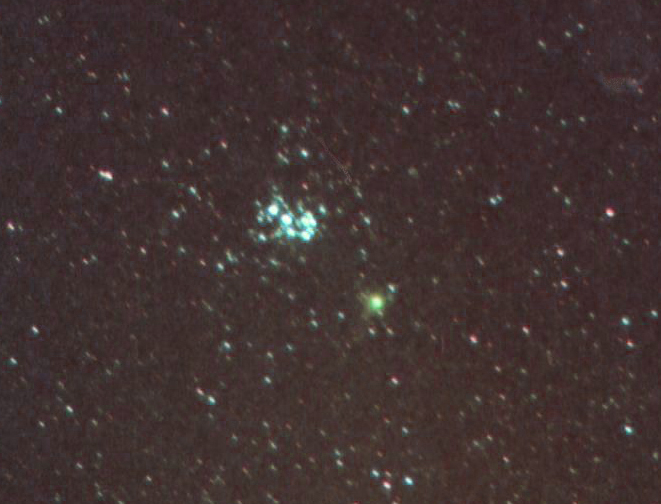 After its passage by the Pleiades the comet remained detectable with the unaided eye until early March, at which time it was also passing five degrees from the North Celestial Pole. It continued fading after that, and I was able to follow it visually until the end of August, just beyond the one-year anniversary of its discovery.

Since that time Don has continued his visual comet hunting, and despite the competition from the comprehensive surveys he has managed to discover two more, a faint one in March 2010 and a somewhat brighter one as recently as November 2018. This latter one, which was independently discovered by two Japanese amateur astronomers using CCDs, is known as Comet Machholz-Fujikawa-Iwamoto C/2018 V1 and became slightly brighter than 9th magnitude as it approached perihelion in early December of that year. It was the first visual comet discovery in over eight years and shows that, perhaps, visual comet discovery may not entirely be a dead practice yet. Don, who is now 67 years old and who recently relocated to rural northwestern Arizona, continues to hunt for new comets, and, who knows? There conceivably could still be more Comets Machholz to come . . .

Next This Week in History: January 5-11