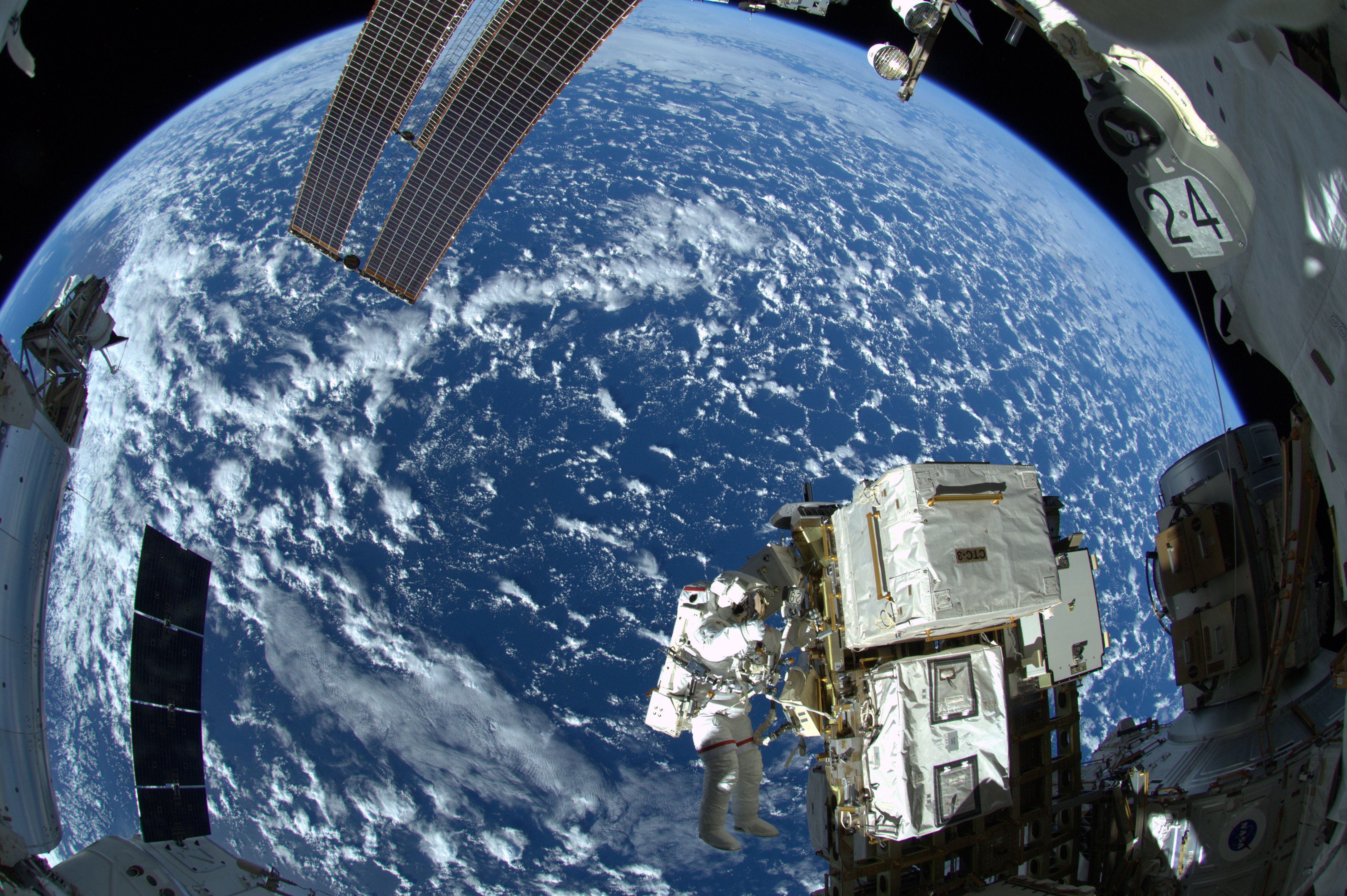 On Oct. 7, NASA astronaut Reid Wiseman (pictured here) and European Space Agency astronaut Alexander Gerst completed the first of three spacewalks for the Expedition 41 crew aboard the International Space Station. The spacewalkers worked outside the space station’s Quest airlock for 6 hours and 13 minutes, relocating a failed cooling pump to external stowage and installing gear that provides back up power to external robotics equipment. Flight Engineer Barry Wilmore of NASA operated the Canadian robotic arm, maneuvered Gerst during the course of the spacewalk and served as the spacewalk coordinator.

A few days later, Wiseman posted to twitter (@astro_reid) that “While #spacewalking I realized something: I used to think I was scared of heights but now I know I was just scared of gravity.”

This article appeared in the 9th issue of RocketSTEM magazine.

Previous How to photograph the planets