Landing a spacecraft on the Moon is an audacious undertaking, one that has only been accomplished by three nations of the world, the United States, Soviet Russia, and most recently, China. However, in December 2015, that will all change as the Pennsylvania State University’s Lunar Lion team will attempt to go to the Moon and win the much sought-after Google Lunar X Prize and earn a place in history as the first ever university to actually land a spacecraft on the Moon.

The Lunar Lion team is relatively new to the Google Lunar X Prize competition, officially announcing its intent to go to the Moon just this past year. They join a group of 17 other participating teams from around the world, some of which have been preparing since the inception of the prize back in 2007.

Despite the late start, the Lunar Lion team has quickly risen to the challenge, under the leadership of Michael Paul of Penn State’s Applied Research Laboratory. Paul holds the title of Director of Space Systems Initiatives. Prior to his work at Penn State University in 2009, he held a position at Johns Hopkins Applied Physics Laboratory and was the Spacecraft Systems Engineer for NASA’s MESSENGER spacecraft that was sent to study the planet Mercury. In addition, Paul was active in the development of the twin STEREO spacecraft currently observing the Sun.

His educational background includes an M.S. in Applied Physics from Johns Hopkins and a B.S. in Aerospace Engineering from the University of Notre Dame. Paul leads a multidisciplinary team of roughly 100 members, spanning almost every imaginable major, from aerospace engineering to theatre. There is a role for anyone who is interested and committed to the project.

Simplicity is the main factor in Penn State’s approach to winning the Google Lunar X Prize.

While many other teams are developing multiple vehicles such as a rover and lander for exploring the Moon, Penn State’s Lunar Lion is the spacecraft, lander, and rover all rolled into one convenient package that will minimize points of failure and reduce weight. To further cut costs, they avoid the creation of new parts and materials wherever possible. Instead, they rely heavily on existing surplus materials and designs that are all tried and true – a technique heavily employed by the big players in space exploration. Fellow competitors are designing their components from the ground up which is a major hindrance in terms of cost and reliability.

As of fall 2013, the Penn State Lunar Lion team has completed ‘Phase 0’, which is an entirely student-developed process, that included putting together its rocket testing guidelines and procedures as well as contingency and safety plans. Following this, the team was finally able to begin testing a rudimentary liquid rocket engine, using atmospheric oxygen and methane gas, through a full series of ‘hot fire’ tests to validate their new testing procedures.

With the completion of Phase 0, the team has moved forward to the first phase of actual development using a ‘pencil-thruster’ fueled by super cooled liquid oxygen (LOX) as an oxidizer and liquid ethanol (like what’s found in gasoline). Alongside the thruster, the team developed a functioning engine test stand fully integrated with propellant delivery systems and sensors. With the team currently running tests on a regular basis, students are analyzing the effectiveness of these thrusters and even making improvements to the design in order to increase their efficiency.

The pencil thruster was designed and provided to the Lunar Lion team by NASA through Penn State’s Space Act Agreement.  This agreement is a formal means of NASA entering into a partnership with an outside entity, such as Pennsylvania State University in order to further the missions of NASA and the missions of their partners. The agreement is a two way street, Penn State will provide NASA with research and development concepts from the mission, and NASA will aid the team by providing consultation with their many scientists and engineers for the duration of the project.

Such an agreement has an interesting implication for the way space is explored, deviating from both “old space” and “new space” models. Throwing an educational institution into the mix pulls the best aspects from both of these models. The Lunar Lion team utilizes Penn State students as team members who are working on the project as part of their learning, instead of treating it as an extracurricular activity or club. Industry taught Penn State faculty members guide these students using their own time, providing the much needed expertise highly sought after by private industries such as SpaceX and Orbital Sciences.

Penn State hopes to land on the Moon in 2015, which will put them into a unique position to secure even more potential contracts from NASA and other private companies, guided by the experience they will acquire from learning to manage their own space program. If they win the $20 million grand prize, program director Michael Paul stated that he would like to put this money towards the building of infrastructure that would allow for future University-led space exploration missions out of Pennsylvania State University.

The major obstacle the team faces is the lack of funding. To remedy this, the Penn State Lunar Lion Team has been actively using internet crowd funding through a website called RocketHub. In February 2014, they finished their first major fundraising campaign round, raising a total of $133,768 of their $406,536 goal. The money earned in this round is going towards the construction of a working prototype which will be used  for testing in the Mojave Desert later this year.

Beginning in 2015, the team will start final systems tests and send the vehicle to be processed for launch, while the team sets up a functioning mission control center in State College.

Another hurdle to be cleared is the development of the spacecraft’s avionics and control subsystems. Which Paul states as “being built from the ground up as with all spacecraft”. This particular subsystem helps to orient the Lunar Lion while in space and during it’s descent to the surface of the Moon. To accomplish this, the team has taken a novel approach by constructing a remote control quadcopter coupled with autonomous flight capabilities receiving the same commands as if it were the Lunar Lion spacecraft.

Autonomous control of a spacecraft is absolutely imperative because commands to the Lunar Lion will take approximately 1.3 seconds to be received and executed.

Late last year, the Lunar Lion team put a $100,000 deposit down on a commercial launch vehicle through a former Google Lunar X Prize competitor, Team Phoenicia LLC, which now focuses its assets on securing room on commercial launch vehicles as secondary payloads in an attempt to maximize cost effectiveness. Simply procuring the ride to space aboard a rocket has been the reason most teams have dropped out of the competition and it is because Penn State has made it this far that they are considered a viable candidate to win the prize.

“The hardest part of the mission is the two minutes between when we fire our rockets to slow our descent and when we touch down.” Paul said. “It all comes down to that.”

The team’s intended landing spot is The Sea of Tranquility, located just 30 km north of the site where Apollo 11’s lunar lander, “Eagle”, touched down on July 20th, 1969. With the landing site so close to this landmark, the Lunar Lion team hopes to take images of the landing site in order to acquire some of the additional $4 million that exists for teams going above and beyond the requirements.

To learn more about the Penn State Lunar Lion Team and how you can help them land on the Moon, visit: www.lunarlion.psu.edu.

Previous All about the Earth’s moon 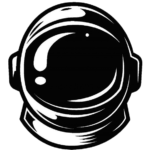