By all accounts, Team Unicorn should not exist. Like the fabled unicorns of ancient mythology, geek girls are also supposed to be the stuff of myth and legend, whispered about in reverent tones at Comic Con, but only ever seen fleetingly out of the corner of one’s eye. And yet, these magical beasts are very real. They bludgeon bad guys, rescue kittens, and regularly save the Universe – all in a day’s work for this intergalactic force of awesome.

Formed in Los Angeles, California, in 2010, the original members of Team Unicorn were actresses and singers Clare Grant, Milynn Sarley, Rileah Vanderbilt and Michele Boyd. The group is best known for their parody songs, including “G33k & G4m3r Girls” which spoofed Katy Perry’s “California Gurls.” Filled with geek cultural references, the song is a homage to women who love science fiction, manga, and especially gaming. Other YouTube hits include “A Very Zombie Holiday”, “SuperHarmony” (mocking those ubiquitous eHarmony commercials), “Alien Beach Crashers” (which spoofs the frothy 1950’s beach party songs institutionalized by Annette Funicello), and a “Starship Troopers” parody titled, “The UniCorps Wants YOU!”

Recently, Adult Swim announced that a Team Unicorn live action / animation pilot is in the works, from the creators of “Robot Chicken.”

I sat down with the unicorns for a lively discussion about gaming, music, movies and their love for space.

Clare: I’m a Marvel girl. I grew up reading Marvel comics, and love their relatable characters and storytelling. But DC has created the most iconic superheroes of all time, so I have mad respect for them as well. Plus-DC has Batman.

Clare: Does my college physics professor count? Because he introduced me to physics, which I fell in love with, and made me realize how much I like science. But if I had to pick someone the rest of the world knows, right now it would be Nikola Tesla. He is fascinating.

Clare: My favorite planet is actually Saturn’s moon, Titan. I grew up reading a lot of Kurt Vonnegut, and love Sirens of Titan so much, I adapted it in to a play that I directed in college. That book romanticized Titan in a way that will stick with me forever.

Clare: I am definitely more passionate about Star Wars, as it is one of the most influential movies of my life, and something that bonded me with my younger brothers and sisters. And now it is something that I share with my husband. But I also grew up watching Star Trek with my Dad, who is a huge Trekker, so I have a lot of love for Star Trek.

Clare: NASA. I went to Space Camp in Huntsville for a field trip and was immediately fascinated by space . When I moved from Memphis to Houston, my new neighborhood & schools backed up to NASA property. My Intermediate school was even called Space Center. Being completely immersed in NASA like I was during that time, I fell even more in love with the agency and everything it stands for.

Q: Build things or destroy them?

Clare: I’ve been taking things a part just to put them back together again since I was a little girl, beginning with my NES. Getting my first computer was fun because I immediately took it apart, switching parts added things to it.

Clare: I saw the final shuttle mission launch, STS-135,
and it was beautiful. But STS-134 is the most memorable for me personally. I went down to Florida with my husband and a couple friends for the launch for STS-134, and STS-135. STS-134 was scrubbed, so instead, the kind folks at NASA gave us the most incredible tour of Kennedy Space Center and of the Air Force base down there. We sat in the cockpit of Discovery, touched the belly of Atlantis, played flight director in command central, and got to tour old launch sites. AND, it was on my husband and I’s first wedding anniversary. Nothing could have been
more perfect or magical.

Q: Superhero or a Villain?

Clare: Superhero with a dark past.

Q: If you could travel to Mars, what five things would you take with you?

Q: What space noise turns you on?

Rileah: “Space Camp.” You really get to pilot a Shuttle to space if you go to camp, right?

Rileah: Star Wars. It will always be my first Sci-Fi love.

Rileah: The Great Freeze. An expanding universe is a cold universe.

Q: Superhero or a villain?

Rileah: There’s a special place in my heart for Nikola Tesla. I love an underdog.

Rileah: Earth. Nothing we’ve found yet, is as beautiful or unique as our little blue planet.

Rileah: Aliens. The idea of extraterrestrial life is pretty epic.

Rileah: Apollo 11. It was the first time anyone had stepped foot on another celestial body before. Such a profound moment for mankind.

Q: If you could travel to Mars what five things would you take with you?

Rileah: This one’s tough, but Batman is my all time favorite comic character and I love Wonder Woman so I’ll have to go DC.

Q: What astronaut would you date?

Rileah: Neil Armstrong. I think you get cool points from your friends if you date the guy who was the first to walk on the moon.

Rileah: Can I be Han Solo?? I’d like that. He has the best ship and a wookiee for a best friend.

Milynn: Robots, I’m really only bidding my time staying alive till I can download my consciousness into an organic robot and live forever. Muahahaahaha.

Q: Build things or destroy them?

Milynn: Bobak Ferdowsi but only because he paid me to say that. #science

Milynn: The Universe will end not with a bang but with a whimper…or from dark matter. Almost definitely dark matter. 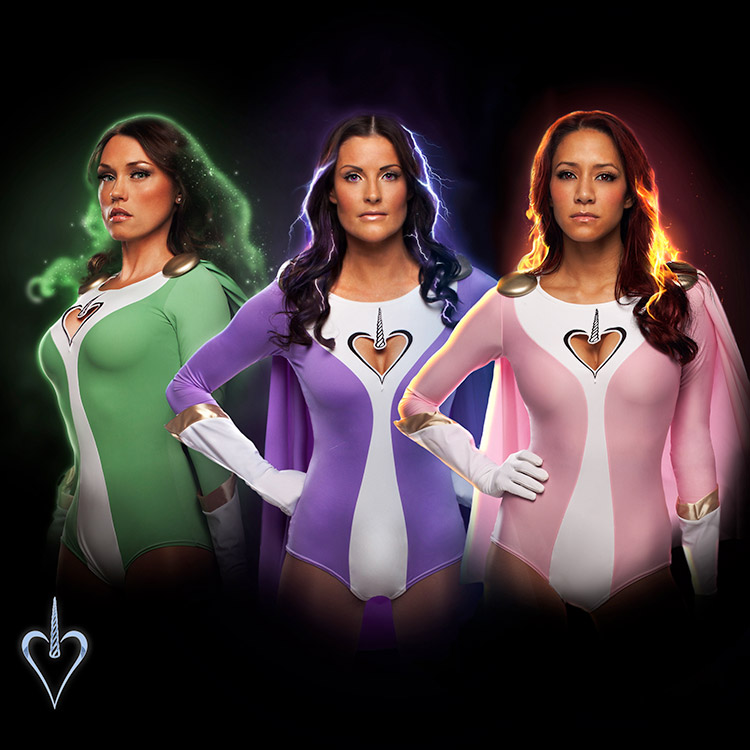 Milynn: Marvel. I’ve been obsessed with the X-men franchise since childhood.

Milynn: Gliese 581 g. It makes me dream dreams about the future, when intergalactic travel will be be a reality and the exploration for intelligent life can truly begin.

Milynn: I’m not good at picking favorites but I would say FFVII had one of the biggest impacts on my life. It changed the whole way of how I viewed gaming and created the monster I am today.

Q: If you could travel to Mars what five things would you take with you?

Q: Superhero or a villain?

Milynn: If i were on a long space journey I would expect to be put into a lovely cryo-sleep until I had reached my destination. Should that technology be lacking, I suppose an endless supply of Jameson would be and acceptable alternative.

Milynn: I get a free pass on dying right? Then the inside of a black hole. I desperately want to know what the ballz is inside of one of those things…or if they lead to somewhere.

Milynn: The Tardis, because it can travel through space AND time. Also…bigger on the inside.