The Skylab space station itself was launched into orbit on 14 May 1973. During ascent, one of the solar arrays was torn off, together with the micrometeoroid shield, and the second array was left jammed with debris. The launch of the first crew was delayed as NASA explored its options.

The first crew to the space station consisted of Charles ‘Pete’ Conrad (Commander), Joe Kerwin (Science Pilot) and Paul Weitz (Pilot). They were launched into orbit on 25 May 1973 and spent 28 days at Skylab. During their mission, they performed a dangerous spacewalk to install a new sunshade and open the jammed solar array.

The second crew of Al Bean (Commander), Owen Garriott (Science Pilot) and Jack Lousma (Pilot) were launched on 28 July 1973 and spent 59 days aboard Skylab. Their mission was almost shortened when a problem was found with maneuvering thrusters on their command module, but turned into a remarkable success, despite episodes of space sickness which affected all three men.

When a problem was found with the Skylab 3 crew’s spacecraft, a second craft was hurriedly prepared on the ground to rescue them if needed. Astronauts Vance Brand (Commander) and Don Lind (Pilot) were trained to fly a five-seater Apollo to dock with Skylab and bring Bean, Garriott and Lousma home. As circumstances transpired, the problem was steadily resolved and the rescue mission became unnecessary.

The third and final crew of Gerry Carr (Commander), Ed Gibson (Science Pilot) and Bill Pogue (Pilot) were launched on 16 November 1973 and spent 84 days aboard Skylab. This was a world endurance record which lasted until 1978. Despite early incidents of space sickness and an overly ambitious schedule, which left the crew overworked to the point of exhaustion, the mission was enormously successful, performing observations of Comet Kohoutek and several spacewalks.

At one stage, it was possible that a fourth crew of Vance Brand (Commander), Bill Lenoir (Science Pilot) and Don Lind (Pilot) may have flown a short, 21-day mission to finish up some final experiments aboard Skylab. However, when Skylab 4 was extended from 56 to 84 days, this mission became unnecessary.

One of the early plans for the Space Shuttle was to visit and re-boost Skylab into a higher orbit. On the third Shuttle mission, astronauts Fred Haise (Commander) and Jack Lousma (Pilot) would have transported a system to dock with Skylab and save it from a fiery re-entry. It was hoped that the Shuttle might enable a new series of Skylab missions in the 1980s. However, solar activity caused Skylab to descend to Earth faster than expected, the Shuttle was delayed and the mission was cancelled. Skylab burned up in the atmosphere in July 1979.

Next Skylab: Disaster followed by triumph 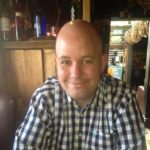 Since receiving his first space book aged 5, Ben has been fascinated by anything to do with space exploration. He first started writing articles aged 15 and has written extensively for the magazines 'Spaceflight', 'Countdown' and 'Astronomy Now'. He has also written 8 books for Springer-Praxis and is currently working on a trilogy of factual novels about America's race to the Moon, aimed specifically at older children.