Neil Armstrong wasn’t the only person who took a giant leap in space. Over the course of the last several decades, humanity has reached further into space than ever before. But one of our most astonishing achievements is actually just over our heads – the International Space Station (ISS). The ISS is an unprecedented partnership between governments, agencies and commercial entities – a leap many never thought possible. And yet, if the astonishing exploration, technology, experiments and scientific discoveries do not trickle down to the taxpayers funding such adventures, what’s the point? That is where NASA Socials come into play. 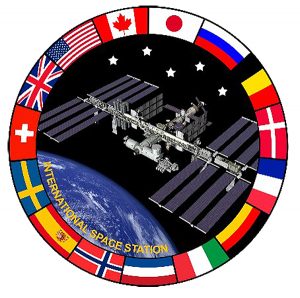 NASA Socials take advantage of the reach of today’s vibrant social media platforms to bring the science and exploration of space down to Earth, in a way that is as informative as it is engaging. Events are designed to allow individuals to interact with people and processes to which they might otherwise never have access. And in doing so, NASA makes space accessible to the people who most find it fascinating. NASA held its first social media event, a Tweetup, at the Jet Propulsion Laboratory in Pasadena, California, in January of 2009. Since then, thousands of participants have generated social content seen by hundreds of millions of people.

“Social media has changed the way NASA communicates with the public,” said Bob Jacobs, NASA Deputy Associate Administrator for Communications. “It allows us to connect directly with people. Historically, the traditional media has acted as a filter in disseminating information about our activities. As news organizations limit or eliminate space beat reporters, we’ve seen an explosion in technology that allows us to create conversations directly with the public. It’s fascinating to see and experience.”

This past February, Washington, D.C. held its second annual Social Media Week, a festival featuring independently curated speakers, panels, workshops and parties celebrating tech and social media. The ISS Science Social was designed to spread the word about the groundbreaking research currently taking place aboard the football-field sized structure, some 240 miles above Earth. During the event, 150 of NASA’s social media followers had the unique opportunity to talk with three of the six current crew members — NASA astronauts Kevin Ford and Tom Marshburn, and Chris Hadfield of the Canadian Space Agency — and, in-person, astronaut Don Petit; NASA Associate Administrator for Human Exploration and Operations, Bill Gerstenmaier; Director of NASA’s Space Life and Physical Sciences Research and Application Division, Marshall Porterfield; and NASA Associate Space Station Program Scientist, Tara Ruttley. All were a huge hit with those in attendance.

Blogger Jamie Rich commented, “NASA Socials are a blast! You get access to the coolest stuff — astronauts, scientists, and engineers. Even if you’re a not a space geek like me, it’s super fun.”

Rich (@jamerz3294) also asked the first question for his nephew, Thomas: “How much time does the International Space Station take to perform a collision avoidance maneuver?” The answer: the ISS can now do a reboost to avoid space debris in just six to seven hours.

Other questions ran the gamut from how much oxygen is used daily, to unintended scientific discoveries, how weightlessness affects the body, how the astronauts utilize math in their work, and the condition of the 32 fish flown to the ISS last year. When one young woman asked, “When do you think fat people will be able to go to space?” the astronauts diplomatically stated that “hopefully soon everyone will be able to get this incredible experience we are lucky enough to be part of.”

As eager as the attendees were to devour the information being presented, the NASA employees were just as eager to share their experiences, and do their best to answer the myriad of questions thrown their way.

“Generally, what we do is kind of out there and out of reach for most people,” said Don Petit. “But to interact with them first hand, to have them communicating with the ISS, to see the looks on their faces as they were doing so…it’s invigorating for the people on the ground and in space alike.”

When asked about the communication challenges NASA faces with the public, Bob Jacobs said candidly, “I think we need to do a much better job talking about the relevance of the work going on in space. The crew is working on vital research that impacts us here on Earth and will help inform our future beyond low-Earth orbit. People who claim to be ‘green’ should closely study the space station. We recycle everything. But we have to talk about why we’re up there and what the research we’re doing means. The International Space Station is a model for international cooperation. When you think about all the agreements, the nations involved, and the technology innovation needed to bring it all together, it’s an amazing feat of engineering and science.”

The ISS Science Social was just the first such NASA event during D.C.’s Social Media Week. The other was a Google+ Hangout, which allowed attendees to log in to a panel discussion and “hang out” with astronauts Ron Garan and Nicole Stott.

According to NASA, the three primary goals of the ISS are educating the children of today to be the leaders and space explorers of tomorrow; returning the knowledge gained in space research for the benefit of society; and enabling future space exploration missions. What is so special about these social media events is that they mirror the very mission of the space station itself.

Ron Garan, who has more than three million followers on Google+ and 95,000 followers on Twitter, is using social media to change the face of NASA. The founder of Fragile Oasis said, “The research we are doing on the station is making life better on Earth. We are studying our planet 24 hours a day. The view of Earth from space really gives the sense that the planet is a living, breathing organism. And I have a responsibility and an obligation to share my experience of living in space with as many people as I can. Being an astronaut, we are basically ambassadors of humanity. What we are learning in space now is going to help us explore the solar system tomorrow.”

Next International Space Station at a glance