On April 12, 1961, Yuri Gagarin became the first man in space. His mission lasted 108 minutes and he made one orbit around the globe. Upon his return to Earth, he was lauded as a hero and the Soviet Union enjoyed its continued position as the leading power in space.

But in the years and decades that followed, details of the flight revealed a very different picture of this historic Soviet accomplishment.

Despite its disadvantaged technological position to the United States, the launch of Sputnik in October, 1957 gave the U.S.S.R. the early lead in the space race.

Both the U.S. and the Soviet Union had begun taking steps towards manned spaceflight in 1959 – American astronauts and Soviet cosmonauts were selected and entered into training. Flight tests of launch vehicles and unmanned capsules progressed at steady rates in both countries.

The Soviets won the race to put a man in orbit first with Gagarin’s Vostok 1 flight. It would be almost a year before NASA would put John Glenn into orbit around the Earth. Alan Shepard and Gus Grissom’s 1961 suborbital flights paled in comparison.

According to reports published by the Soviet Union, a calm Gagarin met launch day with resolve. He and his backup pilot Gherman Titov suited up together before piling into the van that would take the men to the launch pad. Upon arrival, Gagarin faced the men gathered around the launch vehicle and addressed them as a group with a stirring farewell speech.

Vostok 1 launched on time at 9:22 a.m. Moscow time. The mission was like clockwork with Gagarin performing perfectly. The launch vehicle performed perfectly, enabling the capsule to achieve an optimal orbit. Orientation of the capsule and the all-important retrofire manoeuvres were on time. The capsule’s sections separated cleanly – the instrument section and the descent vehicle were meant to come down separately to ensure the two pieces didn’t collide upon landing. Gagarin landed safely inside his capsule at 10:55 a.m.

Immediately after the flight, the pilot’s first comment was a formal mention to the Communist Party and specifically Nikita Khrushchev that the mission was successfully accomplished and that he landed safely at his preselected point without injury.

The elation of the Soviet people was evident in their press releases and public announcements. Great attention was drawn to the symbolism of the flight. Vostok translates as “east” or “dawn” and the flight was in the morning. It was said to be the true morning of a new era. Central to praise was Gagarin, the model Soviet and communist who would lead the world into the future.

These reports and press conferences, however, carried a strange tone. Speeches were filled with imagery highlighting the new era and praising Gagarin as its ambassador, but little was said about the actual flight. Reports were vague with repeating emphasis on Vostok’s perfect landing.

In his post-mission address, Gagarin said very little of substance and his responses to questions were almost evasive. When asked at what point he’d been told he would be the first cosmonaut, he responded that he had been told “in good time.”

Slowly, over the ensuing years, the perfect flight of Vostok 1 was unravelled to reveal an imperfect mission.

The morning of launch, Gagarin was indeed calm and in good spirits. His heart rate and breathing were both normal. His only complaint was boredom while waiting for launch. He requested some music to keep him company inside the capsule. The ground crew obliged and transmitted Russian love songs to him. Throughout the mission, his spirits remained high. Every time a ground tracking station asked how he was doing, he would inquire as to their well being as well.

His speech on the launch pad, however, is a myth perpetuated by Soviet media. The snippets of stirring speeches heard over the radio were pieced together from a previous speech Gagarin had been told to read to an audience in Moscow months prior. The words came from an anonymous speechwriter.

Not everyone was calm, however. Chief Designer Sergei Korolev was so anxious the morning of the launch that he took tranquilizers to calm himself. His confidence in his own system had been badly shaken by the relatively high failure rate of the Korabl launch vehicle, particularly its third stage.

The flight itself was also far more problematic than the Soviet space program was willing to admit. The third stage didn’t fail as catastrophically as Korolev feared, but it didn’t perform perfectly either. Gagarin’s orbit was higher than intended, making the already all-important reentry that much more important. With a high orbit, a missed retrofire would necessarily extend the mission beyond what the space program had trained for.

The higher-than-intended orbit turned out to be an innocuous problem. As the space program was wont to express, Gagarin landed safely and on target. It would turn out that this wasn’t the case either. Not only did Gagarin not land on target, he didn’t land inside the capsule. He ejected from his Vostok 1 and landed softly with his own parachute.

Gagarin’s off-target landing was the result of the only major malfunction in the mission. Just after the retrofire burn during the early reentry and early descent, Vostok 1 began to roll. It got worse when the instrument unit failed to separate from the descent portion of the spacecraft. A series of cables failed to sever completely, keeping the two portions linked. They eventually separated ten minutes later when the heat from atmospheric reentry burned through them. Gagarin was spared a tumbling reentry.

Vostok’s main chute was also late to deploy, forcing Gagarin to eject from the capsule early. He separated from his ejection seat and opened his own parachute. Vostok’s chute did eventually open. The cosmonaut landed ten minutes after and miles away from his capsule in the Saratova, a region of Soviet Union not far from the border with Kazakhstan. He touched down on rural farmland, startling curious onlookers with his spacesuit and helmet.

Gagarin’s true descent method, which makes it abundantly clear that Gagarin didn’t land inside his capsule, wasn’t revealed until 1971. The Soviet’s deliberate veiling of this fact was done in an attempt to secure a formal record of the accomplishment. The Fédération Aéronautique Internationale, a French organization established in 1905 to maintain all records of accomplishments in aviation, had grown to include aeronautic and astronautic in the 1950s. Knowing the Soviets and the Americans intended to put a man in space, the FAI set the standard for what would constitute spaceflight. One of the conditions was that the pilot control the vehicle and land inside it.

The fact that Gagarin had orbited the Earth was certainly incontrovertible evidence of a flight in space, but the Soviet Union wanted to be sure their flight met the necessary guidelines.

The question of pilot control was another fabricated part of the story. Reports praised Gagarin for his perfect flight, but in fact he didn’t pilot the Vostok capsule.

The capsule’s controls were locked; only a pre-determined six-digit code could unlock to control when entered into a special onboard “logic clock”. The pilot was only told the first three digits. If he lost contact with the ground or if he was in danger and needed to control the capsule to save his life and the mission, he could open a sealed envelope that contained the missing digits. Without forcibly unlocking the controls, the capsule would be entirely controlled either by its automatic systems of by the ground. Gagarin didn’t open the sealed envelope.

In spite of its less sophisticated technologies and totalitarian system, the fact remains that the Soviet Union put a man into orbit first. The Soviets continued both their veiled ways and fast-paced accomplishments into the 1960s, only overtaken by the Americans midway through 1965.

‘Yuri Gagarin: First man in space’ authored by Amy Shira Teitel. An expanded version of this article appears on her Vintage Space blog. Photos are courtesy of Retro Space Images. 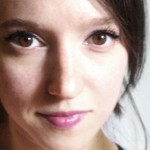