The Space Launch System Reference Guide was prepared by NASA’s SLS Program Office at NASA’s Marshall Space Flight Center, in Huntsville, Alabama, which has responsibility for the design, development, testing, and engineering of SLS, the new super heavy-lift rocket that will send astronauts to the Moon as part of the Artemis missions.

The first flight of SLS and the Orion crew spacecraft, Artemis I, will lift off from NASA’s Kennedy Space Center in Florida and send an uncrewed Orion to lunar orbit. Artemis I is a rigorous test flight – slated to launch no earlier than August 29 – designed to thoroughly test all systems of the SLS rocket prior to crewed flights commencing with the Artemis II mission.

Next Stay busy with NASA's Artemis coloring and activity pages 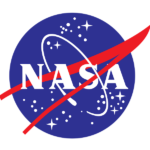