When you’re planning to explore someplace new, it’s always a good idea to bring a map so you can avoid dangerous terrain. This is true whether you’re heading out for a hike on Earth or you’re landing a rover on Mars.

When NASA’s Perseverance rover lands on Mars this week, it will be equipped with some of the most precise maps of Mars ever created, courtesy of the USGS Astrogeology Science Center. Not only are the new maps essential for a safe landing on Mars, but they also serve as the foundation upon which the science activities planned for the Mars mission will be built.

“Exploration is part of human nature and USGS has a long history and enduring interest in researching planets other than our own,” said USGS director and former NASA astronaut Jim Reilly. “These maps will help the Perseverance mission unlock the mysteries of the red planet’s past and guide future missions.”

This video highlights two mosaics of the Jezero crater landing site on Mars made by the USGS Astrogeology Science Center to support the Mars 2020 mission, as well as several key locations that the Perseverance rover may visit once it is on the surface. The larger mosaic is composed of images from the Context Camera on the Mars Reconnaissance Orbiter. The higher-resolution mosaic is composed of images from the HiRISE (High Resolution Imaging Science Experiment) camera on the Mars Reconnaissance Orbiter. In both mosaics, the images were aligned to each other and to the planet with unprecedented precision. The high-resolution mosaic was used to identify hazards in the landing ellipse. The resulting hazard map and the CTX mosaic will be carried onboard the spacecraft, which will use them to steer away from hazards as it lands.

Perseverance is expected to land inside the crater at approximately 3:55 p.m. EST on February 18. The mission’s goals are to search for evidence of past life and habitable environments in Jezero crater and collect and store samples that, for the first time in history, could be returned to Earth by a future mission.

“As much as we would love to manually steer the spacecraft as it lands, that’s just not possible,” said Robin Fergason, USGS research geophysicist. “Mars is so far away — some 130 million miles at the time of landing — that it takes several minutes for radio signals to travel between Mars and Earth. By using the maps we created, the spacecraft will be able to safely steer itself instead.” 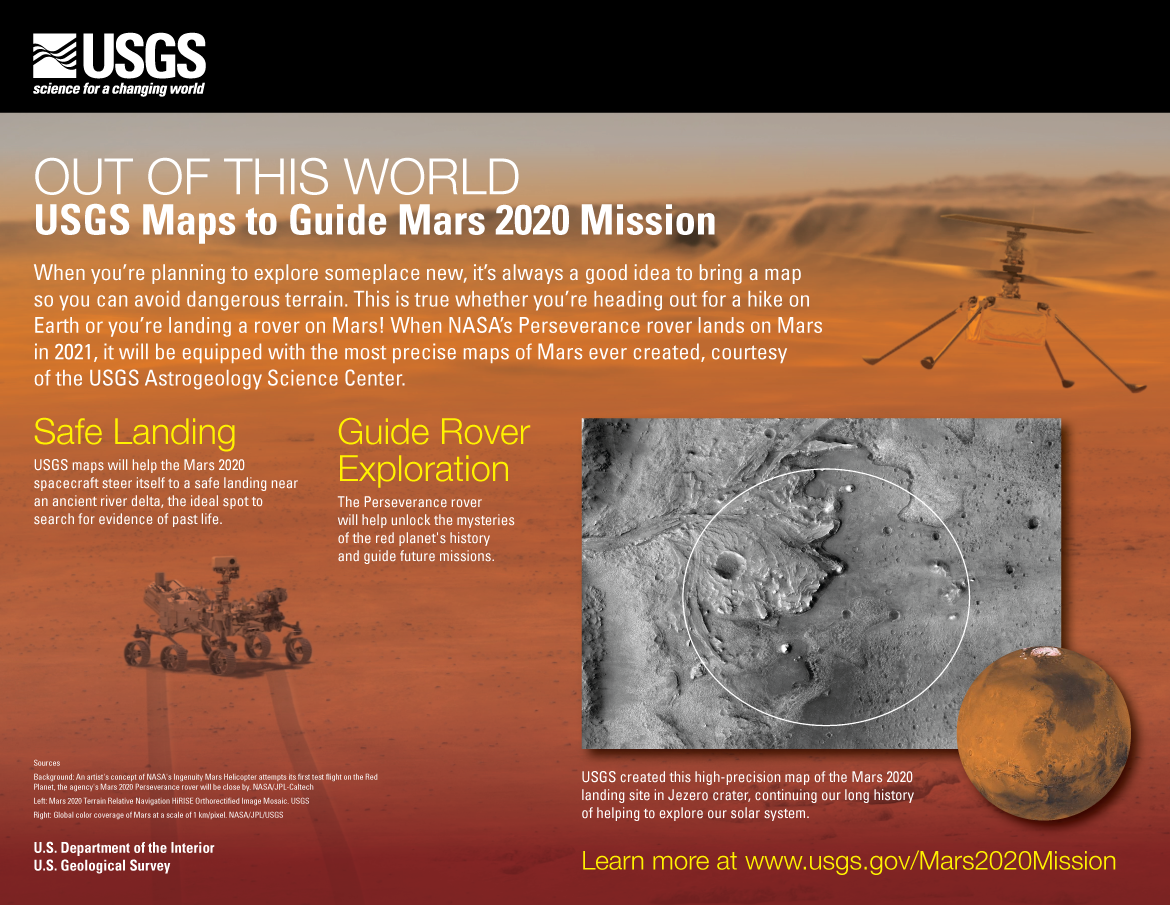 The USGS developed two new maps for the Mars mission. The first is a high-resolution (25-cm per pixel) map that researchers have used to accurately map surface hazards at the landing site. This map will serve as the base map for mission operations and to plot where the rover will explore after landing. The second map is a lower resolution (6-meters per pixel) map that spans the landing site and much of the surrounding terrain. This will be used onboard the spacecraft, along with the locations of the hazards from the high-resolution map, to help it land safely. The maps have been aligned with unprecedented precision to each other and to global maps of Mars to ensure that the maps show the hazards exactly where they really are.

The new maps are based on images collected by the Mars Reconnaissance Orbiter’s Context Camera and the High-Resolution Imaging Science Experiment (HiRISE) camera and are available online here.

For more details about these new maps of the Perseverance rover landing site, read the abstract. For the latest news about the mission, visit the NASA website. 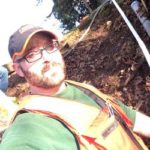 Steven Sobieszczyk is a scientist and spokesperson. He has degrees in landslide engineering geology and GIS. While Steve's research focuses on landslide hazards, flooding, water quality, and stream ecosystems, he is also heavily involved in science communication and promoting scientific literacy. In addition to his nearly 20-year career as a scientist with the USGS, Steve has also spent time with the Bureau of Land Management, U.S. Forest Service, the Department of Interior, and USGS Office of Communications as public information officer and public affairs specialist.