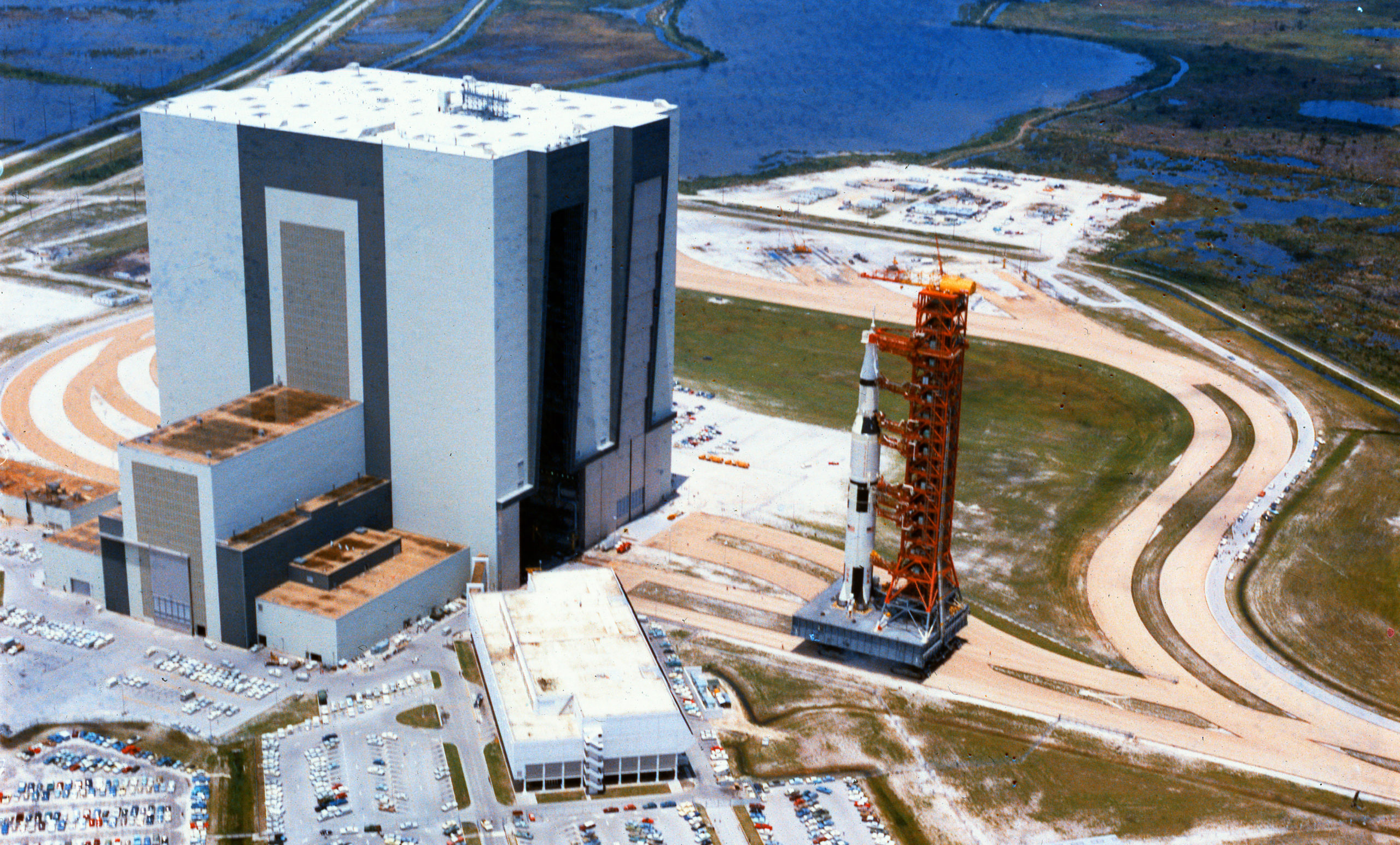 Project Apollo encompassed more than 400,000 Americans working together to make it possible for 24 NASA astronauts to journey to the Moon between 1968 and 1972. This mammoth engineering feat is the featured topic in this edition of our QuizMe series of educational content. Put your knowledge to the test with these 11 questions about NASA’s race against the Soviet Union to put the first humans on the lunar surface. Afterward, please feel free to share your results and challenge your friends to take the space quiz too.

Congratulations. You are quite the NASA historian. Perhaps you should be writing these quizzes for us!

The Apollo Program ended more than 45 years ago. It’s hard for us to remember what we hard for lunch yesterday, much less details of a 50-year-old mission. You should still keep reading and learning and hoping some of that information sinks into your long-term memory. 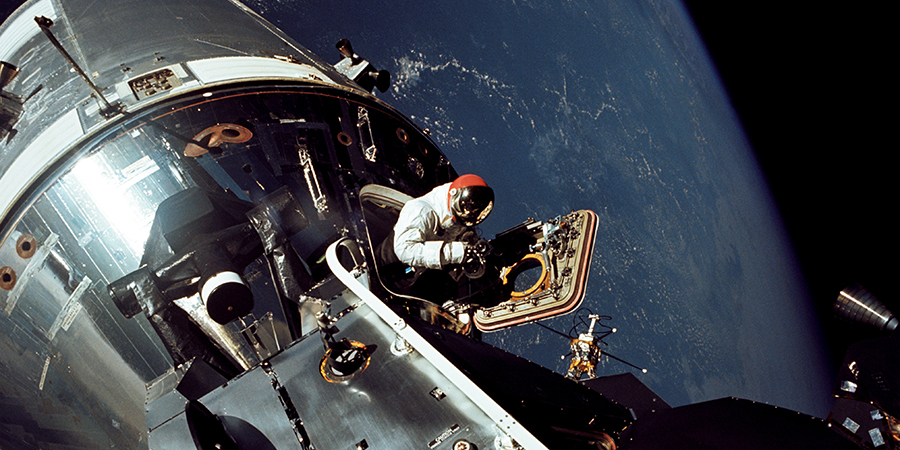 #1. Which Apollo Mission had the first Extra Vehicular Activity (EVA)?

Astronauts Rusty Schweickart and Scott both performed an EVA with Schweickart opening the hatch on the Lunar Module and retrieving experiments located on the outside of the spacecraft while Scott opened the hatch on the Command Module and took pictures of Schweickart. Schweickart wore the Portable Life Support System (PLSS) This was the only test in space of the PLSS prior to future astronauts using it when walking on the moon. 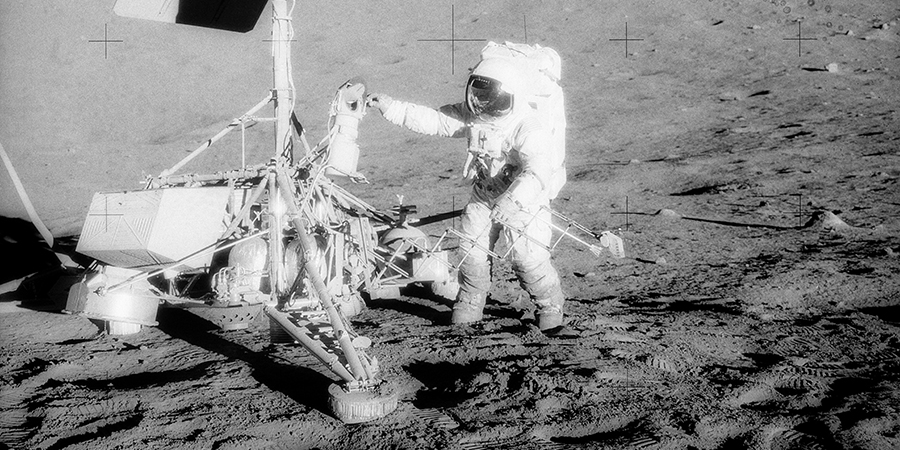 #2. Apollo 12 returned to Earth with the TV Camera from Surveyor 3 which landed 2.5 years before Apollo 12’s mission. What did scientist discover when examining the camera?

On the insulation covering the circuit boards inside the camera were 50 to 100 Streptococcus mitis, a harmless kind of bacteria commonly found in human noses, mouths and throats. They made the journey to the moon inside of Surveyor 3′s camera, spending over two years and seven months in vacuum, subjected to harsh radiation, temperatures down to 20 degrees above absolute zero, and utter lack of water or nutrients. But they had survived, and when scientists reintroduced them to a nutrient source, they resumed their biological activities. While not proving life exists elsewhere, it did prove life can exist in environments different from Earth. 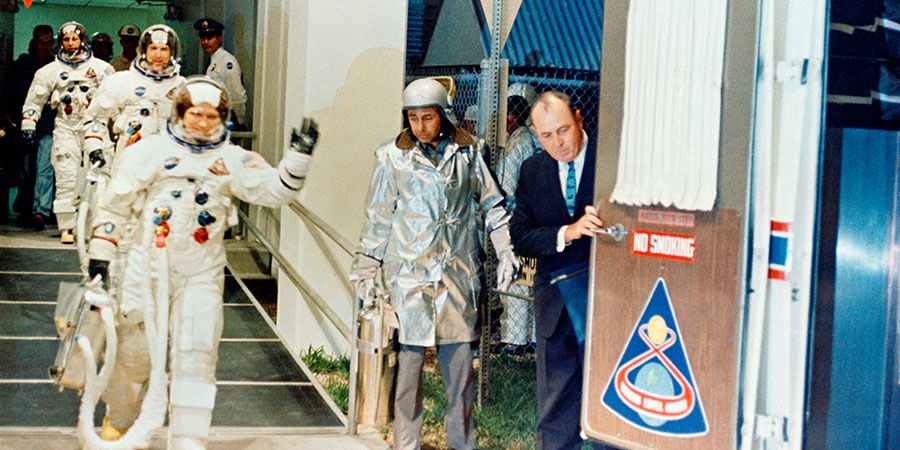 #3. Apollo 8, the first manned mission to go to the Moon, made how many orbits before returning to Earth? 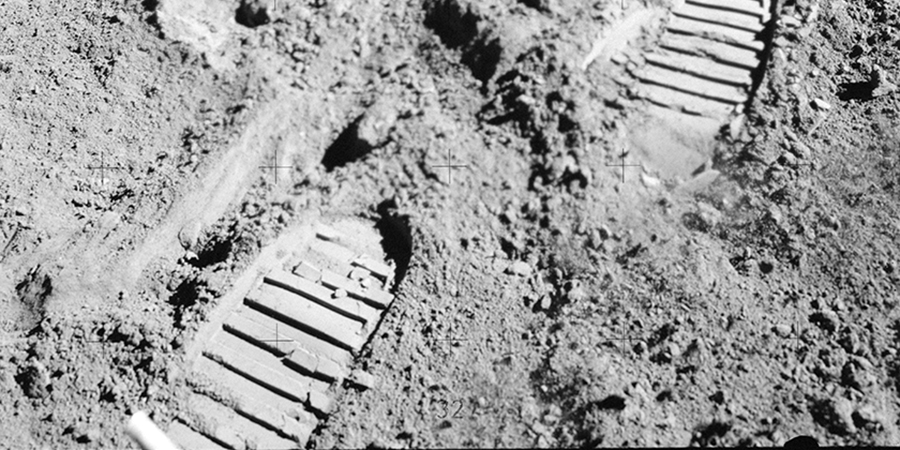 #4. We all know Neil Armstrong put the first human footprints on the moon, but who left the last (for now) footprint on the moon?

Gene Cernan, commander of the Apollo 17 mission, left the last footprint and said the last words from a Lunar EVA, “That America’s challenge of today has forged man’s destiny of tomorrow. And, as we leave the Moon at Taurus-Littrow, we leave as we came and, God willing, as we shall return, with peace and hope for all mankind. “Godspeed the crew of Apollo 17.” 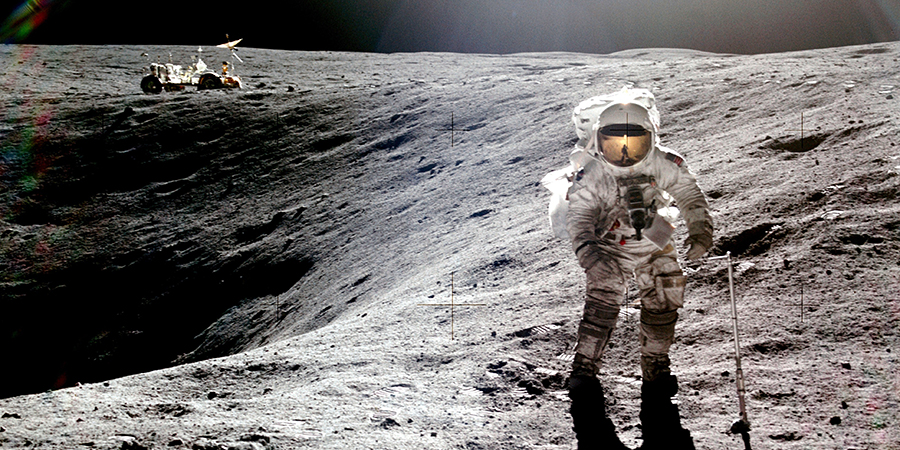 #5. Apollo 16 Astronaut Charlie Duke left a personal memento on the lunar surface, what was it?

Duke left a picture of his family, encased in plastic, on the back he wrote “This is the family of astronaut Charlie Duke from planet Earth who landed on the moon on April 20, 1972.” 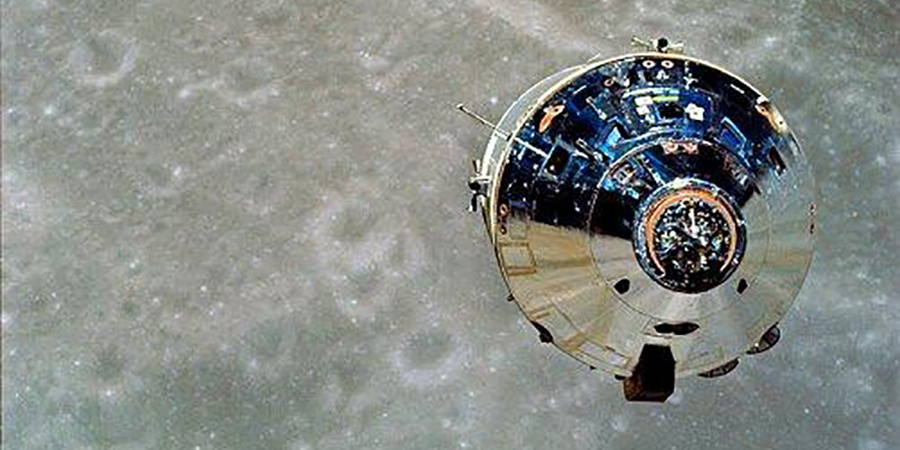 Apollo 10 set the record for the highest speed attained by a crewed vehicle so far, zooming along at 24,791 mph during the return from the Moon. 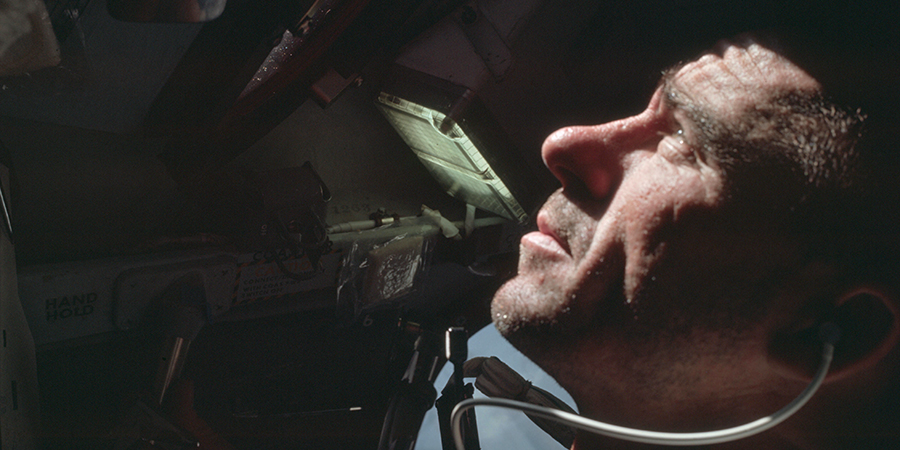 #7. Other than accomplishing the full test out of the Command and Service Modules and completing a successful mission, the crew of Apollo 7 earned a special recognition for their time in orbit. What was it?

One of the many firsts of Apollo 7 was transmitting the first live television from space. The crew was a hit with viewers giving them tours of the spacecraft, and showing viewers things they had never seen before, such as eating in space, floating in microgravity, and the crew always had plenty of wise cracks. The “Wally, Walt and Donn Show” was such a hit that the crew was awarded a special Emmy Award by the National Academy of Television Arts and Sciences after returning home. 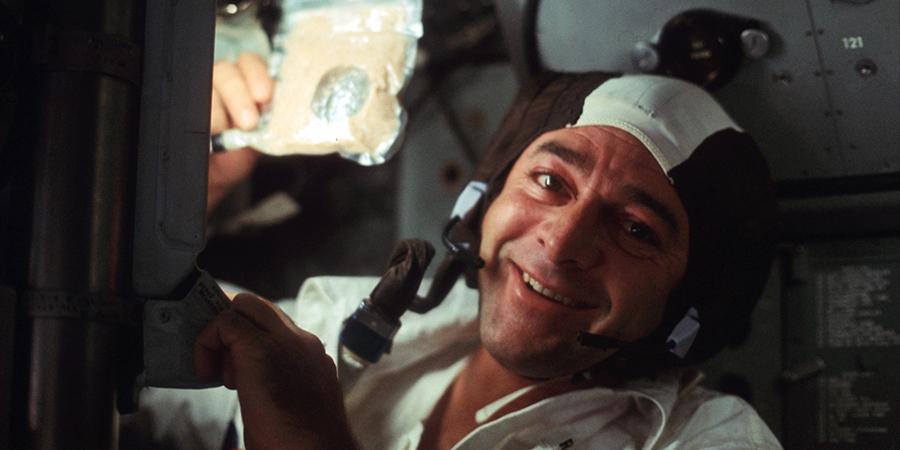 #8. During the Apollo 17 mission, Command Module Pilot Ron Evans lost something. What was it?

Each astronaut had a pair of surgical scissors that they used for, among other things, opening their food packets. Evans lost his somewhere in the command module on the way to the moon. In order for Evans to be able to eat while Gene Cernan and Harrison Schmitt were on the Lunar surface, they left one of their pairs of scissors with him. On the way back from the Moon, Schmidt found the lost scissors, but Cernan and Schmidt decided to not tell Evans about it and instead presented them to him at a splashdown party about a month later. 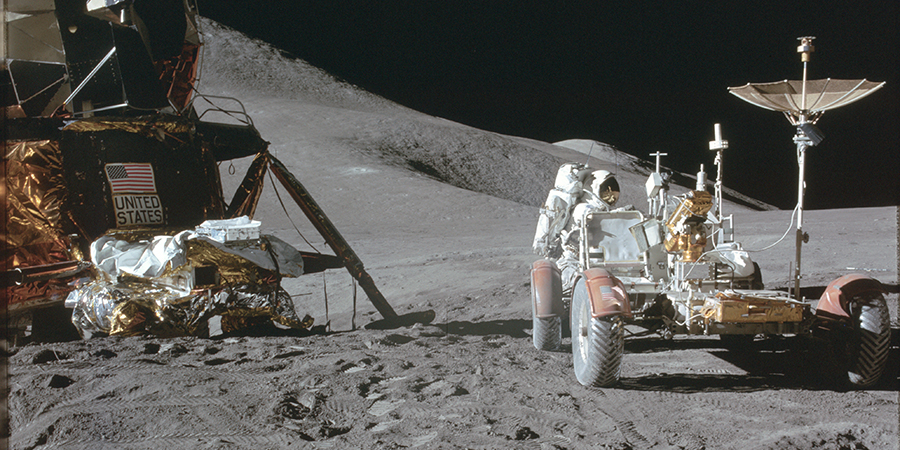 #9. During the Apollo 15 mission, while Commander Dave Scott and Lunar Module Pilot Jim Irwin slept on the surface of the Moon. Mission Control noticed a small, but steady Oxygen Leak, what was the cause?

During their rest period, one , or both, of the astronauts failed to close a valve on the Urine Transfer Device after they relieved themself. 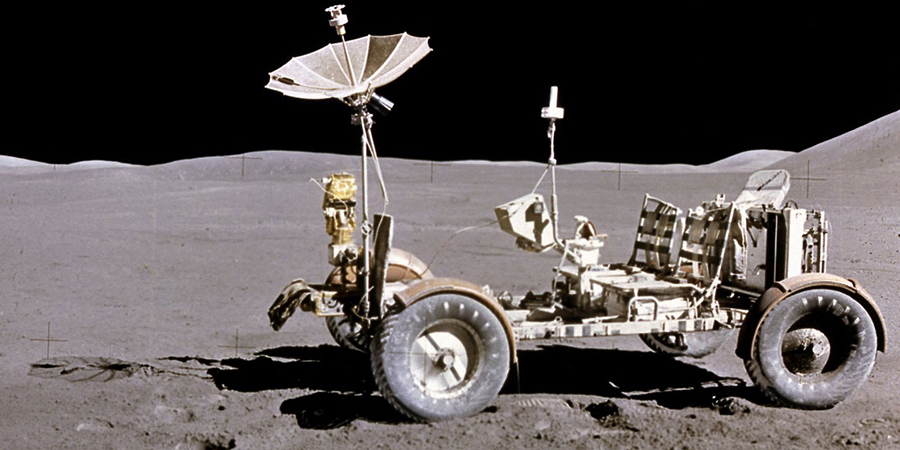 #10. Which moonwalker set the unofficial speed record in a lunar rover?

Gene Cernan, commander of Apollo 17 Set the unofficial speed record in a Lunar Rover. While the rover was designed for a max speed of 8 MPH (13 km/hr), Cernan managed to get the rover cruising along at 11.2 mph (18.0 km/h). 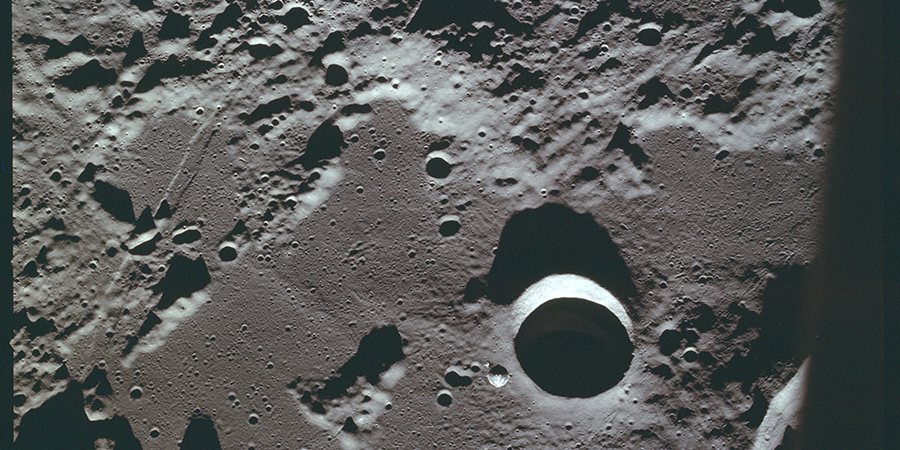 #11. Before Apollo 11 began it’s descent to the Lunar Surface, Mission Control told the crew to be on the lookout for what?

Mission Control relayed the following information to the crew, “Among the large headlines concerning Apollo this morning, there’s one asking that you watch for a lovely girl with a big rabbit. An ancient legend says a beautiful Chinese girl called Chang-o has been living there for 4,000 years. It seems she was banished to the moon because she stole the pill of immortality from her husband. You might also look for her companion, a large Chinese rabbit, who is easy to spot since he is always standing on his hind feet in the shade of a cinnamon tree. The name of the rabbit is not reported”

To which Buzz Aldrin replied “Okay. We’ll keep a close eye out for the bunny girl.”

Previous This Week in History: April 19-25