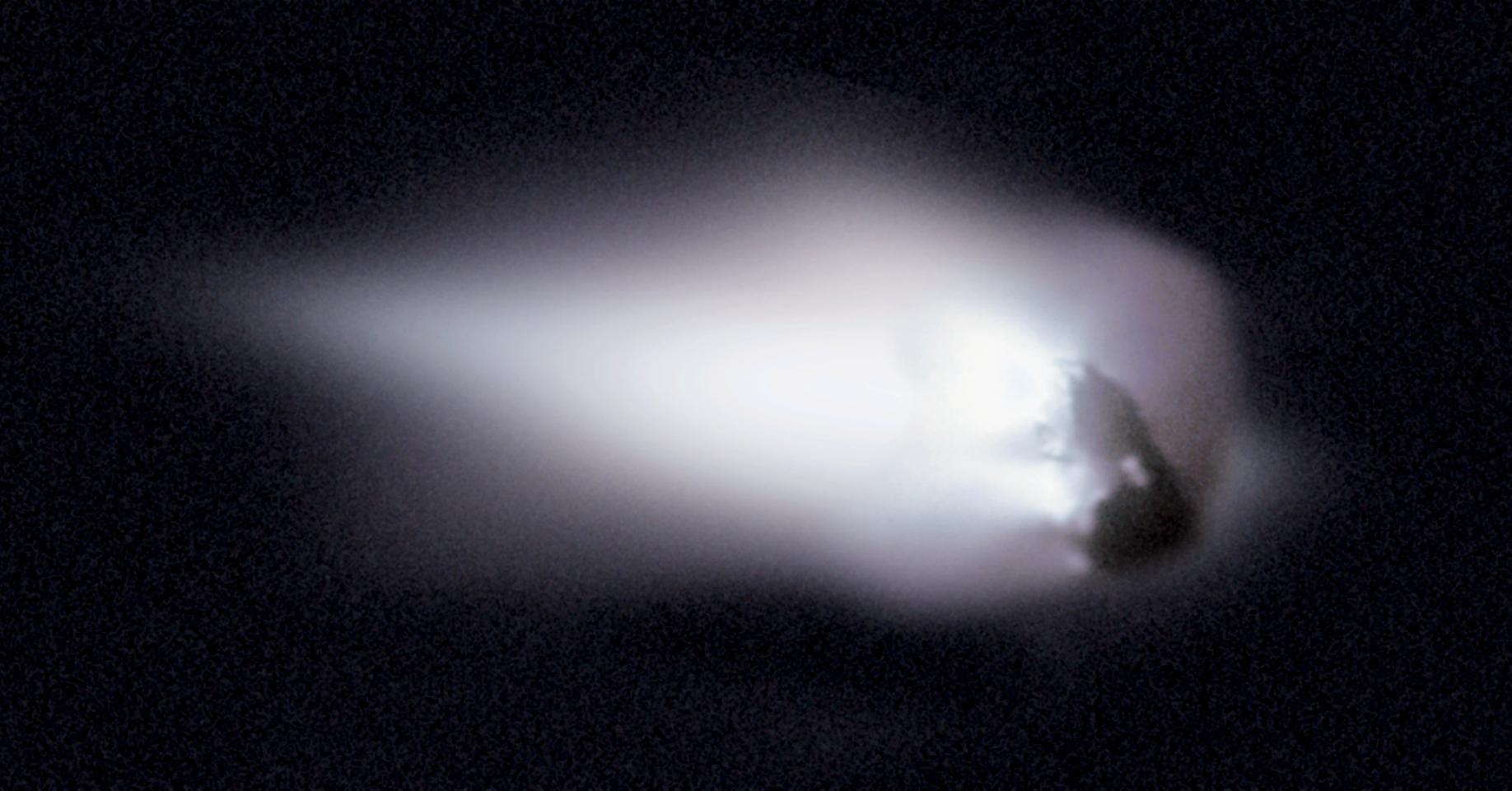 Ice and Stone 2020 is a new weekly series of educational material focusing on some of the small bodies of the solar system – comets and asteroids. The Earthrise Institute, a non-profit educational organization founded by Comet Hale-Bopp co-discoverer Alan Hale, is partnering with RocketSTEM and the La Cumbres Observatory to release the material for FREE online so that all teachers, students and parents worldwide have access to it.

“2020 marks the 25th anniversary of the discovery of Comet Hale-Bopp, and also marks the 50th anniversary of my first comet observation, which I made when I was still in elementary school,” noted Hale. “Given that, together with the resurgence in interest in these small bodies over the past couple of decades and the various spacecraft missions that have examined them, it seems especially appropriate to have a program of this nature at this time.”

Comets and asteroids are of high interest for a variety of reasons. They are leftovers from the formation of the planets, and thus they can provide valuable clues into our own origins. We have learned that this process of forming the planets is not over and that comets and asteroids have played sometimes unwelcome roles in Earth’s natural history – and could do so again if we are unprepared for that. At the same time, they contain valuable resources that we can utilize both here on Earth and in space, and thus are in a position to play critical roles in the future development of our human society.

These small bodies are more than just objects of scientific study. Comets, in particular, have long held a particular fascination in the human psyche, and both comets and asteroids continue to show up in our stories, our art, and our music. At the same time, the potential extraction of resources from these bodies not only involves the development of the necessary engineering and technology but also the examination of various economic and legal issues.

Ice and Stone 2020 will examine all these and other facets of these small worlds of the solar system via presentations on various topics, historical recaps, and projections of projected future events, all of which will be available online and unveiled on a weekly basis. At times it will feature guest presentations by selected experts in the various fields. When appropriate, it will incorporate observations of comets and asteroids that might be visible in the sky – including those that might be passing by Earth – and along these lines, The Earthrise Institute is collaborating with the Las Cumbres Observatory, a worldwide network of automated telescopes based at some of the top astronomical observatory sites on our planet. Some of these telescopes will be available for participating educators and students.

Throughout each week of the year, Ice and Stone 2020 will unveil new presentations about different aspects of our solar system’s small bodies. Specifically, each week will feature:

This Week in History — A brief summary of important events in the study of small bodies during that particular week in history. This will include such events as spacecraft encounters, asteroid flybys, important discoveries, and notable publications and announcements, each of which will include a short summary. Some of the events are those that will be taking place in the future.

Comet of the Week — A short discussion of an important comet that was visible during that corresponding week in the past. These could be comets that were especially bright, or that are scientifically important in some way. A small number of these are comets are expected to be visible during 2020 or in future years.

Special Topic — Each week will feature a moderately in-depth discussion of some topic related to the study of small bodies. Some representative topics include: main-belt asteroids, near-Earth asteroids, Great Comets, spacecraft visits (both past and future), meteorites, and comets and asteroids in popular literature and music.

Throughout 2020 there will be various comets that are visible in our skies and various asteroids passing by Earth – some of which are already known, some of which will be discovered in the act – and there will also be various asteroids of the main asteroid belt that are visible as well as occultations of stars by various asteroids visible from certain locations on Earth’s surface. Ice and Stone 2020 will make note of these occasions and appearances as they take place. The Comet Resource Center at the Earthrise web site contains information about the brighter comets that are visible in the sky at any given time and, for those who are interested, Hale will also occasionally share information about the goings-on in his life as he observes these comets.

The Earthrise Institute, Las Cumbres Observatory and RocketSTEM are separate 501(c)(3) tax-exempt nonprofit organizations. All contributions to each organization within the U.S. are fully tax-deductible as allowed by law.

Previous This Week in History: January 1-4