Our website traffic recently has made it clear that lots of you are watching the television show ‘The Astronauts Wives Club’ on ABC. The show had a strong debut, even increasing its audience during the second half hour of the first episode. More than 90 percent of first-week viewers came back for the second episode, promising continuing success for the limited-run summer show.

We thought it would be nice to give you a look at a few vintage photos of the real women of the original Astronaut Wives Club (as well as the husbands too). As of this posting (June 27, 2015), Rene Carpenter, Annie Glenn and Betty Grissom are the last three of the original seven Mercury astronaut wives still alive.

Spaceshots and Snapshots of Projects Mercury and Gemini: A Rare Photographic History 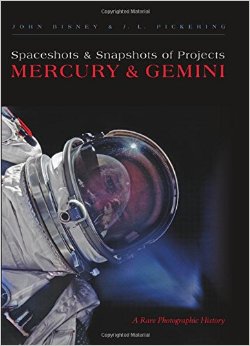 This is the story of the people and events of Projects Mercury and Gemini, told through hundreds of unpublished and rare color and black-and-white photographs. Unlike other publications, which have illustrated the Space Race with well-known and easily accessible images, this history draws from the authors’ private library of more than 125,000 high-resolution photos of the first two U.S. manned space programs from 1961 to 1966.
Collected over a lifetime from public and private sources–including NASA archives, fellow photo collectors, retired NASA and news photographers, and auction houses–the images document American space missions of the Cold War era more comprehensively than ever before. Devoting a chapter to each flight for the first time, the authors also include richly-detailed captions, providing new insight into one of America’s greatest triumphs.
This historical photographic collection is available right now at Amazon.

Next Front and center: Launch inferno