NASA technologies are being used to locate underground water in some of the driest places on the Earth, build quieter and more fuel-efficient airplanes, and create shock absorbers that brace buildings in earthquakes.

The 2015 edition of NASA’s annual Spinoff publication highlights these and other technologies whose origins lie in space exploration, but now have broader applications.

“The game-changing technologies NASA develops to push the envelope of space exploration also improve our everyday lives,” said NASA Chief Technologist David Miller. “Spinoff 2015 is filled with stories that show there is more space in our lives than we think.”

Published every year since 1976, Spinoff offers a close-up look at how NASA’s initiatives in aeronautics and space exploration have resulted in technologies with commercial and societal benefits across the economy, in areas such as health and medicine; transportation; public safety; consumer goods; energy and environment; information technology; and industrial productivity. These spinoffs contribute to the country’s economic growth by generating billions of dollars in revenue and creating thousands of jobs.

“NASA enjoys a large and varied technology portfolio unlike any other in existence,” said Daniel Lockney, NASA’s Technology Transfer program executive. “And the range of successful technology transfer documented in Spinoff each year is as diverse as NASA’s many science and exploration missions.”

The publication also includes a “Spinoffs of Tomorrow” section showcasing 20 industry-ready NASA technologies — from smart coatings that protect metal from corrosion to an identity verification system that uses the human heartbeat as a “fingerprint” — that are all available for licensing. 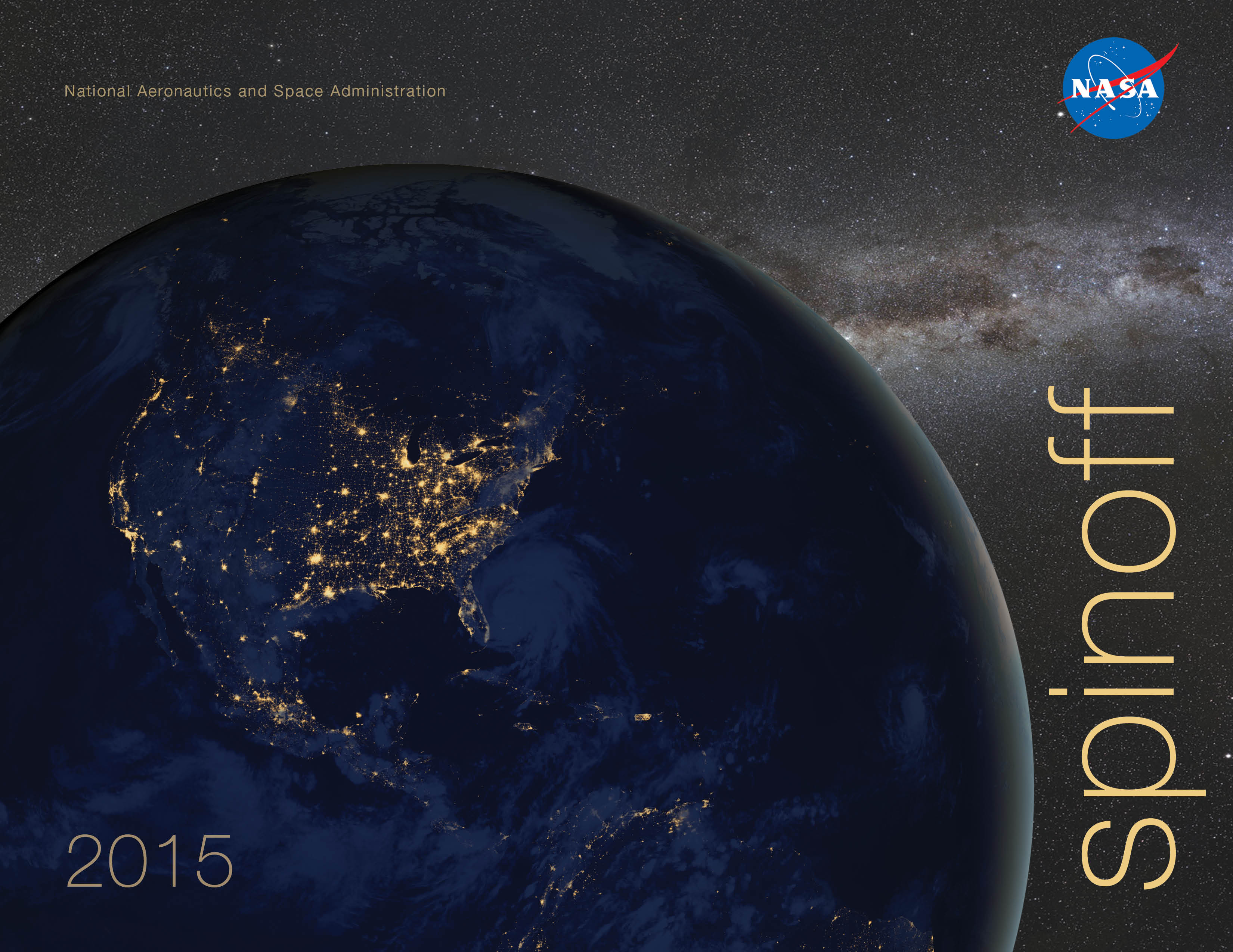 Spinoff 2015 tells the story of shock absorbers used during space shuttle launches that are now being used to brace buildings during earthquakes, preventing damage and saving lives. The book also features a NASA-simplified coliform bacteria test that is being used to monitor water quality in rural communities around the world, as well as cabin pressure monitors that alert pilots when oxygen levels are approaching dangerously low levels in their aircraft.

Print copies of Spinoff 2015 can be requested free of cost on the Spinoff website, where digital versions of the book also can be downloaded.

An iPad version of Spinoff 2015, including multimedia and interactive features, also is available for download in the Apple iTunes store.

Spinoff 2015 is available online at: http://spinoff.nasa.gov

Next Bulawa sisters are sending an experimental garden to ISS

Spinoff 2013 shows how much space is in our lives