• Latitude: The number of degrees north (or south) from the equator.

• Orbital Altitude: The height above Mean Sea Level of an orbiting spacecraft.

• Orbital Inclination: The angle that an orbit makes as it crosses the equator.

Across the pond is an innovative rocket company that toils away in relative obscurity designing a revolutionary new space launch vehicle system while being out-shined by comparable U.S. companies such as SpaceX and Virgin Galactic. This launch vehicle design is unique in that it looks and acts like an airplane from takeoff to landing; it just so happens that this particular airplane can remarkably fly all the way into Low Earth Orbit (LEO)! And the best part? It’s reusable, unlike those other expendable launch vehicles. Nice!

This futuristic rocket company is called Reaction Engines, Ltd. out of the United Kingdom (www.reactionengines.co.uk), and they want to build the Skylon spaceplane that would fly from virtually any airport on the planet, and incredibly, would not require an expensive launch tower to perform a liftoff!

This spaceplane would operate just like any ordinary airliner, except if you want to operate this bird, you’d better call it a spaceliner! The REL Skylon spacepl -er-  spaceliner  is designed to have a payload bay just like what the US Space Shuttle had, albeit a bit smaller. Can we derive the equation of the payload capability of the REL Skylon? Sure we can! The students in the High School Algebra 2 class at The Learning Community Charter School (www.tlcnm.net) in Albuquerque, NM certainly did!

Fortunately for us, REL has made public their extensive data on the Skylon, including the lift capability. Using this information, a graph can be created: 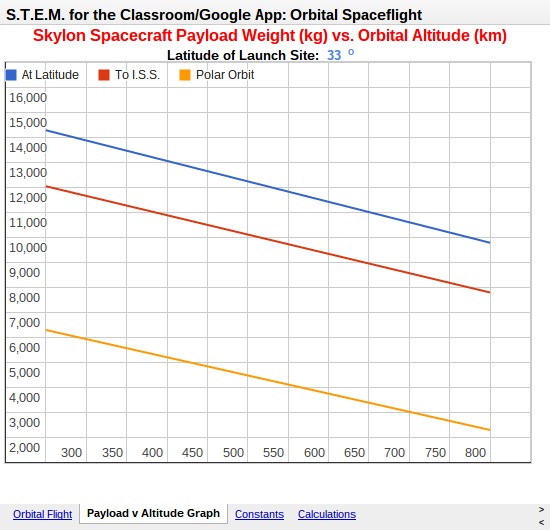 As we can see from the graph, it not only takes more propellant to go higher but to also change the inclination. Therefore (and again for the purposes of this exercise), we will only be looking at the blue line, i.e., the “at latitude” line. For example, the graph tells us that the lift capacity of the REL Skylon at latitude to a 650 km orbital altitude is about 11,000 kg (11 mT).

We can now write the general linear equation in slope-intercept (y=mx+b) form for the payload launch capability, which is operating from a launch site of 33 degree Latitude going into a 33 degree inclined orbit:

• PayloadAlt  =  The weight of the payload going into space

Using the techniques of finding the slope between two points and the vertical-axis intercept, we get: 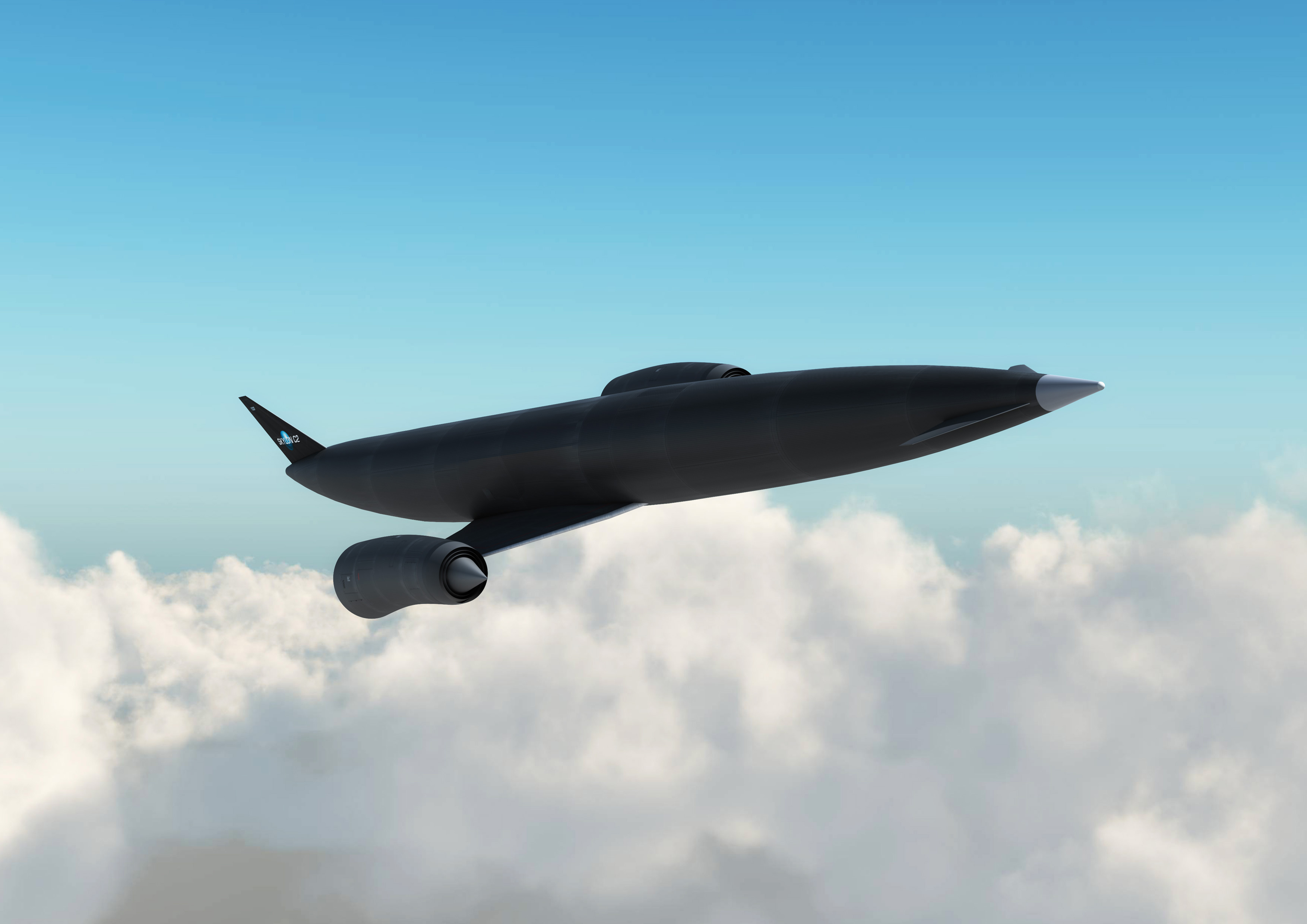 What is the lift capacity of the REL Skylon operating from Spaceport America to an orbital altitude of 400 km?

The input to the REL Skylon/Spaceport America Linear Equation is the orbital altitude, which is 400. Plugging that into our equation, we get:

The REL Skylon spaceliner could lift around 13 mT to a 400 km, 33 degree LEO from Spaceport America, which can be verified by the graph. For comparison, the SpaceX Falcon 9 has a published lift capacity of about 13 mT to a 28.5 degree LEO. The major difference, of course, is this one would be reusable, which would help drive the operational costs down.

So, why are we still using throwaway rockets in the 21st Century again?

Next How the Skylon fleet would operate