The hotly contested question has been answered: Voyager 1 is humanity’s first object to enter interstellar space! The historic announcement came from NASA after a year of review into 2012 and 2013 data points from the intrepid probe. Officially, Voyager 1 entered interstellar space on 25 August 2012.

For over a year, scientists have questioned the analysis of data points returned from Voyager 1 as it passed through a new and unique region on the outskirts of the solar system.

Specifically, the debate centered around the question of whether Voyager 1 was in a previously unknown region at the outer-most edge of the solar system (known as the heliopause) or whether Voyager 1 had actually crossed the barrier into interstellar space.

On 25 August 2012, Voyager 1 registered an abrupt, durable change in the density of the energetic particles it was traveling through.

Initially, as reported by NASA on 4 December 2012, it was determined that this shift in particle density was the mark of Voyager 1’s full entrance into a new region of the heliopause, called the magnetic superhighway, at the outer-most edge of the solar system.

It is now understood that this was a far more significant date and moment than first thought.

Gift of a Coronal Mass Ejection

In March 2012, five months before Voyager 1 would record the particle density change in August, a Coronal Mass Ejection (CME), a massive expulsion of charged particles, released from the sun. While seemingly routine at the time, the CME event could now be held as one of the most important and significant CMEs in recorded history.

When the CME charged particles reached Voyager 1, its Plasma Wave Instrument recorded the event and transmitted the data back to Earth. It is what scientists saw in these data points that was nothing short of stunning.

When the CME particles reached the plasma cloud around Voyager 1, the plasma cloud began oscillating (vibrating) at a particular pitch that allowed scientists to determine the density of the plasma field surrounding the intrepid little probe.

The results: the plasma was 40 times denser than what Voyager 1 reported when it was in the outer layer of the heliopause of the solar system.

Moreover, the density matched all expectations of the plasma density of interstellar space.

“We literally jumped out of our seats when we saw these oscillations in our data – they showed us the spacecraft was in an entirely new region, comparable to what was expected in interstellar space, and totally different than in the solar bubble,” stated Don Gurnett, lead plasma wave science team member from the University of Iowa.

“Clearly we had passed through the heliopause, which is the long-hypothesized boundary between the solar plasma and the interstellar plasma.”

With this new data in hand, scientists then went back into the Voyager 1 data archives from 2012 and were able to discern a similar set of oscillations from the October–November 2012 timeframe. Working backward, the science team determined that the oscillations in the plasma density field first appeared in late August 2012.

The abrupt, durable change in the density of the energetic particles around Voyager 1 on 25 August 2012 was much more than the probe’s entrance into the magnetic superhighway. It was the date that Voyager crossed the boundary into a space where no probe had gone before: interstellar space.

“Voyager has boldly gone where no probe has gone before, marking one of the most significant technological achievements in the annals of the history of science, and adding a new chapter in human scientific dreams and endeavors,” said John Grunsfeld, NASA’s associate administrator for science in Washington.

With this historic passage, Voyager 1’s mission in interstellar space stands to last at least 7 more years, as the probe has enough power to continue transmitting data about this unexplored region of space back to Earth until at least 2020.

But equally as impressive as the uplifting and positive milestone we now understand Voyager 1 to have reached for humankind is the fact that the probe reached this mark with functioning scientific equipment – something no one truly envisioned happening in 1977 when Voyager 1 began what became its multifaceted mission.

Voyager 1 was built to be a robust and sturdy spacecraft, one capable of surviving its encounters with the intense radiation and gravitational fields of the solar system’s giants: Jupiter and Saturn.

But more importantly, Voyager 1 was built to be an instrument of science. Its large, 12ft antenna reflectors were the largest graphite epoxy antennae made for a spacecraft at the time of its launch.

Three deployable booms carried most of the spacecraft’s scientific instruments, including the Ultraviolet Spectrometer, the Cosmic Ray experiment, the Plasma experiment, the Photopolarimeter, and the Low-Energy Charged Particle experiment.

A second, longer boom carried a series of magnetometers and two whip antennae for the plasma radio experiment.

Furthermore, all of Voyager 1’s experiments were de-signed to be compact, lightweight, and draw as little power as possible. During periods of interplanetary cruise and high-science data accumulation, data not immediately transmitted back to Earth was designed to be stored on a digital tape recorder with about 536 megabits capacity (about 67 megabytes), enough to hold roughly 100 images.

But the truly remarkable aspect of Voyager 1, and the main element that enables the probe’s continued mission today, is its power source: three Radioisotope Thermoelectric Generators (RTGs) located on the third deployable boom.

An impressive feat of engineering at the time, each of the three cylindrical RTGs on Voyager 1 were built with six layers of four 2-inch diameter plutonium (238) oxide encapsulated in a thin shell of iridium. These shells of iridium were in turn wrapped in graphite yarn and stacked in graphite cylinders.

However, like all spacecraft, the power source underwent changes and modifications in the development process.

In fact, during development, it was recognized that the thermocouples (designed to convert the contrast in temperature between the hot plutonium and cool space environment into electricity) were degrading far too quickly in the very warm RTG cylinders

This led to the suggestion that the thermocouple legs be coated with silicon nitride to prevent sublimation of thermocouple material that was causing electrical shorts, which reduced power output.

This careful engineering resulted in robust RTGs on Voyager 1 that have been in continuous operation for over 36 years, though they are only producing about 60% of their original output as of today due to the radiation- and temperature-induced degradation of the thermocouples.

But even with the robust power source, none of Voyager 1’s instruments would have been able to return any data without the complex control of the probe’s six interlinked computers.

Additionally, the electronics of Voyager 1 had to be radiation-hardened to survive the probe’s planned encounter with Jupiter.

With all of this forethought and complex engineering, the Voyager 1 spacecraft has been essentially remade since its launch as various systems issues forced mission controllers to improvise and the probe completed its primary mission in 1980.

Upgrades to the indispensible Deep Space Network have also enabled continued communication and tracking with Voyager 1 at greater distances than were possible when the spacecraft was first launched.

Trek through the solar system

Voyager 1’s mission began on 5 September 1977 with its launch aboard a Titan III-C rocket from the Cape Canaveral Air Force Station in Florida.

Observations of the Jovian system began on 6 January 1979 and resulted in the discovery of Jupiter’s rings, a study of the intensity of the planet’s radiation belts, and the discovery of the existence of volcanic activity on Io.

Study of the Jovian system for Voyager 1 concluded on 13 April 1979, at which point NASA realigned the probe for its encounter with Saturn in 1980.

By this point, NASA had to decide whether to use Voyager 1 for a proximity flyby of Saturn’s moon Titan, and thereby eliminate the probe’s ability to continue on to the outer-most planet – at the time – Pluto, or to do a calculated flyby of Saturn to preserve the possible up-close study of Pluto.

Ultimately, it was decided that Titan was of a greater scientific value than Pluto, and Voyager 1’s trajectory was altered for a close-up examination of this Saturnian moon.

Observation of the Saturnian system began on 22 August 1980 and resulted in a close pass of Titan, which altered Voyager 1’s trajectory out of the ecliptic plane of the solar system in a “northerly” direction of travel.

With the chance of any further planetary encounters nullified, Voyager 1 was repurposed for an extended mission to study the outer reaches of the solar system for as long as its instruments continued to function.

The family portrait was the first ever family photo of the solar system, and is the source of the famous “Pale Blue Dot” photograph of Earth – the farthest photo of Earth ever taken.

The portrait is, in actuality, a composite image of 60 photographs obtained on 14 February 1990 from a distance of 6 billion kilometers from Earth at approximately 32-degrees above the ecliptic plane.

The family portrait depicts six of the eight planets of the solar system along with the sun. Only Mercury and Mars were not visible due to proximity to the sun and scattered sunlight in the optics, respectively.

Pluto, which is no longer considered one of the major planets, was not included in the photograph due to its distance from the sun and low light reflectivity.

On 17 November 1998, Voyager 1 officially became the farthest human-made object in the solar system when it overtook the Pioneer 10 probe at a distance of 69.4 AU from the sun, a status it has maintained and will maintain for decades to come.

As part of the program, NASA tasked Voyager 1 with finding the termination shock (the moment when the sun’s solar wind suddenly drops from hypersonic speeds to subsonic speeds), mapping the heliosheath (a turbulent region beyond the termination shock where the solar wind is disturbed and acted upon by the force of the interstellar medium), and mapping the heliopause (the boundary between the solar system and interstellar space).

Voyager 1 crossed the termination shock in December 2004 and officially entered the heliosheath.

Six years later, scientists confirmed that Voyager 1 had reached the area where the sun’s solar wind is turned sideways by the interstellar medium pushing against the heliosphere – the sun’s direct area of influence.

This area, called the heliopause, is the area where the solar wind drops to zero in relation to the outward push of the sun’s influence. Voyager 1 entered this area in June 2010.

On 15 June 2011, scientists working with the probe announced that Voyager 1 was expected to cross the barrier into interstellar space between 2015 and 2017, though it could be “at any time.”

One year and two months after this announcement, Voyager 1, still functioning after 35 years in the harsh environment of space, crossed into the interstellar medium and became humanity’s first interstellar explorer.

As of today, Voyager 1’s RTG power source continues to power the probe’s still-functioning instruments and is expected to do so until 2020-2030 – meaning Voyager 1’s exploration of interstellar space will occur, barring a collision with an unknown object, for at least 7 more years.

Authored by Chris Gebhardt, this article appeared first at NASASpaceFlight.com.

Previous Radio bursts discovered from beyond our galaxy

Next LADEE on mission to study Moon’s thin atmosphere 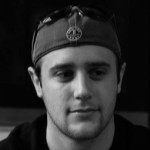